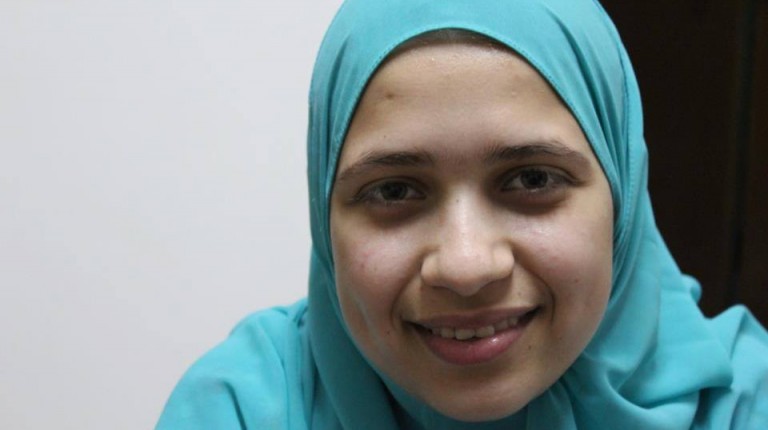 As I chose to major in Architectural Engineering one year after studying there, I started appreciating Cairo University’s historic campus even more. Although the School of Engineering has a separate modern campus, I used to take walks around the main campus to enjoy the majestic classic dome, famous clock tower, the Obelisk at its entrance and their surroundings. The European-inspired university and its picturesque gardens do represent a major part of Egypt’s culture and civilisation. It’s a place where vast swathes of the youth unite with their differences, yet are all given their rights to express themselves, and above all, their right to learn.

Last year, I wasn’t granted a safe environment to have a proper education. I stopped taking my random walks and started to look for ways to get back home without getting myself killed. The situation was extremely catastrophic – students had to deal with clashes and casualties on a daily basis. We would be peacefully sitting inside our classes when suddenly everyone would be suffocating from the effects of teargas. We would run outside to an open area to gasp some fresh air, but we find ourselves welcomed with birdshot bullets and more teargas with the security locking up the campus.

Our colleague, Mohamed Reda, died in front of our eyes as we were trying to escape the deadly attacks between security and protesting students, but found the gates closed, so that even the ambulance couldn’t get in to save Reda’s life.

I remember the day when I had to wait until 7pm to get back home when we were subjected to a terrorist bombing attack which took place few metres from the class’s windows. I live nearby but couldn’t find a safe road to walk back through.

Getting used to all of this, at some point we had to sit for our final exams while hearing bullets being shot outside the windows and smelling the teargas. It felt like living inside a warzone where everybody checks on their friends at the end of every day to make sure they’re safe, especially when the situation reached the point where live bullets reached our classrooms at the 5th floor, leaving two students injured. All of this made it so hard for me to see the exquisite picture of this breathtaking campus which became blurred with teargas and appalled students.

This year, the academic year will start and I don’t think I will be able to take my favourite walks anymore, especially after the administration banned students who study in separate campuses, such as engineering, pharmacy and medical students, from entering the main campus unless they have errands to do there. Also, they enclosed the entire university with a fence, screening the scenery of the greens and obscuring the spectacular campus.

The government’s concerns against university students have become disastrous since last year. Substantial policy shifts were made prior to the new academic year has started on  11 October. The new enforced policies include banning all the politically-affiliated student groups or any political activities in campus, banning wearing any uniform with political slogans, and students will be asked to provide a criminal record. The strictest policy comes through limiting the freedom of speech and expelling students who chant abusive words about the President Abdel Fattah Al-Sisi – this will be imposed by using infiltrators among the students to spy for the state. We will also be forced to sign a statement of agreement upon all these drastic alterations, and any student who refuses to sign it will be exposed to sanctions. All these policies are to be implemented during the coming semester with the presence of security forces inside the campus.

It has clearly become political and drifted far from being only security measures, proving the state’s fear of university students who represent a quarter of the Egyptian population. Students, including politically neutral ones, are driven with anger after knowing about the state’s ways of inflicting dictatorial methods on the students who started to spot only one enemy in the whole picture of Egypt. I know many students who are politically indifferent, yet chose the road of “my friend’s enemy is my enemy,” picking the Muslim Brotherhood’s side. The state and the security forces keep failing every time they try to contain the rage of students, which will clearly be inevitable after the imposed restrictions that threaten their freedom of speech and expression. The government and university administration keep taking all the wrong choices against students who are already bristling with anger before their semester even begins.

Despite all of the enforced confinements and black walls built around Cairo University, it remains a second home to its students who would still battle to win. The walls and barbed-wire could be everywhere, but it won’t cease our attempts to express ourselves by decorating our campus walls with graffiti of our colleagues who were killed during conflicts. Last year, we drew graffiti of our colleagues on the walls as a reminder for everyone that we still remember it all very well. This is what they fear the most, and this is why they fear us. We don’t forget.

Reem Khorshid is an Egyptian activist, blogger and a student at Cairo University. She writes for different publications. She tweets at @ReemKhorshid.