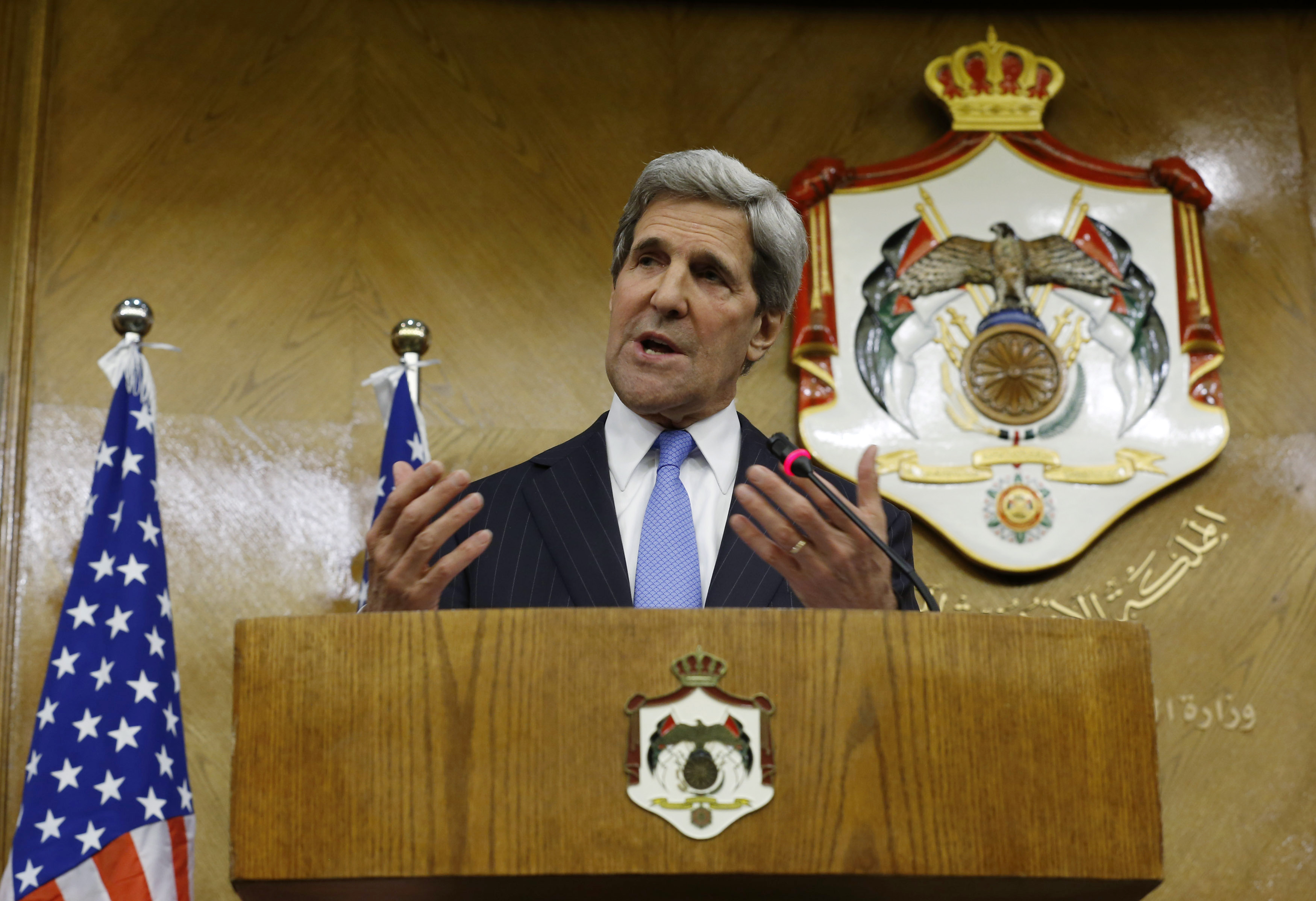 US Secretary of State John Kerry announced on Sunday an additional $212m in aid to the Palestinian people during the Gaza Reconstruction Conference taking place in Cairo.

Kerry said that reconstruction and recovery in Gaza are not sufficient on their own, but building Gaza’s economy for the long-term and developing its institutions under the Palestinian Authority is necessary to determine Gaza’s future.

“As long as there is a possibility that Hamas could fire rockets on Israeli civilians at any time, the people of Gaza will remain at risk of future conflict,” the US official said. Even the most durable ceasefires are not a substitute for security for Israel, freedom and dignity for Palestine, peace and prosperity for both, he added.

Kerry told the conference that the two-state solution is now more compelling than before. It’s unacceptable to want peace, and regard it as unattainable and not offer alternatives he said.

“We appreciate Israel’s cooperation in continuing to provide humanitarian access to Gaza through its crossing, which is essential if all of this [effort] is going to work. We welcome that Israel has recently announced new measures that should allow increased trade in agricultural goods between Gaza and the West bank, and more permits for Palestinians business leaders to enter Israel,” he stated.

Kerry said that the US hopes for further positive steps to be implemented in the following weeks and months.

Kerry said that “there is so much to be done even though there have been some encouraging steps”.

“Out of this conference must come not just money but a renewed commitment from everybody to work for peace that meets the aspirations of all, for Israelis, for Palestinians for all people of this region.  And I promise you the full commitment of president Obama, myself and the United States to try to achieve that,” Kerry said.

Netanyahu had accepted the Egyptian request for Israel not to attend the conference, reported Israeli  newspaper Haaretz on Sunday. “Egyptian officials had feared that many Arab states, especially Saudi Arabia and the United Arab Emirates, would cancel if they knew an Israeli would attend,” reported Haaretz.

Haaretz stated that the conference is expected to raise more than $1.5bn for the reconstruction of the Gaza Strip.

Over 2,140 Palestinians were killed during Operation Protective Edge, a 50-day Israeli military operation aimed at destroying Hamas’ ability to attack Israeli land with rockets and underground tunnels. 942 of the Palestinian dead were women and children. The Israeli death toll was 69, including three civilians and one child.

The operation was conducted by land, air and sea forces and destroyed an estimated 18,000 homes, as well as hospitals, mosques, and schools.