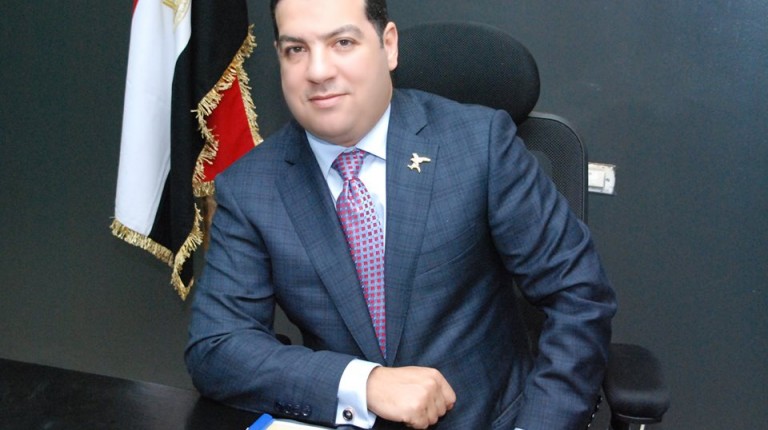 Falcon Group confirmed that it receives approximately EGP5m per month to provide security for 12 universities across Egypt, equivalent to 10% of the EGP50m spent on securing universities over the past year.

Falcon Group Executive Director and Managing Director Sherif Khaled said in an interview with Al-Borsa that Cairo University and Al-Azhar University spent the most money on security as a result of the unrest witnessed by the two universities over the past year.

Does Falcon use firearms or sniffer dogs when securing universities?

Security personnel do not have any weapons, whether they be firearms or otherwise, when dealing with students. This is to limit the role of security personnel to standing outside of university gates to prevent the entry of those who are not affiliated with the university. Sniffer dogs are used for the sole purpose of detecting explosives in student and faculty vehicles.

Did Falcon provide its personnel with training on securing university campuses?

The company has trained all relevant personnel in providing campus security following the conclusion of direct contracts with university heads during the second half of last month. Universities allowed Falcon personnel to conduct training on campuses, acquaint personnel with entrances and exits, and implement security plans for students on the ground before the start of security operations.

What would you say about the Al-Azhar University student union refusing the company’s presence on campus?

We do not pay attention to such irresponsible statements, particularly as the company has a contract with the university itself and not with various individuals that do not have a popular base among students. Some students do not want to see the law applied within the university by administrative security, private security, or the police.

Did your company encounter any problems on the first day of the academic year at Al-Azhar University?

I was surprised to receive reports from security personnel on the ground at the university confirming that Al-Azhar University students were the most cooperative with our security personnel, which indicates that the vast majority of students want a quiet academic year.

Is coordination taking place between Falcon and the Ministry of Interior to control any potential problems within the university?

Full coordination is taking place between Falcon and police on campus to intervene in the event of any violent protests or other problems, whether on campus or in front of the gates, in addition to help from administrative security if a student refuses to show his or her student ID, or if any students tries to bring in prohibited items such as fireworks or items that can be used in riots.

Does the equipment used by the company to provide security belong to the company?

Falcon agreed with universities prior to signing the contracts to have each university provide the equipment to be used for security operations, which includes metal detectors and x-ray machines. The explosive detection devices are the only piece of equipment owned by Falcon.

Is there a list of students barred from entering universities, especially those affiliated with the Muslim Brotherhood?

There are no such lists barring any students from entering universities, be they associated with the Muslim Brotherhood or otherwise. However, anyone not affiliated with the university will be barred from entering and dealt with immediately. The police will be called and that person will be arrested.

How will you handle crowding at university gates?

Crowding at the gates is a natural result of student IDs not yet being completely issued, while some students have used other IDs instead, which resulted in crowding at various gates of some universities because security personnel were attempting to identify students by checking their national IDS. This crowding will end in two weeks at the latest.

Have individuals who attempted to enter on campuses using fake IDs to provoke riots been arrested?

Yes, Falcon personnel were able to arrest one individual who attempted to enter a university using a student ID belonging to another person. The police were notified and he was handed over for investigation and to identify the reason why this person attempted to enter the university illegally.

Who supervises Falcon personnel on the ground during security operations?

Full coordination takes place between the company and university heads, as the latter directly supervise security personnel during the school day to investigate any problems that may occur and intervene to resolve them quickly.

How long is the term of the contract between Falcon and the universities? Are there conditions for renewal?
The contract is for one year, and is renewed annually in accordance with the agreement of both parties without preconditions.

Do any broken electronic portals exist that caused congestion on the first day of the academic year?

No broken electronic portals have caused crowding; it’s the students that insisted on entering with banned materials. However, the majority of students understand that these measures are only in place to keep them safe.

Does the company secure university walls too, rather than just outer gates?

The company has equipped its personnel with explosives and metal detectors to be distributed along university walls from the inside to avoid objects being thrown from outside, in addition to security personnel patrolling on a 24-hour basis to prevent any infractions from taking place inside the university at night.

Were there meetings held with university security managers after clashes on the first day of classes?

An urgent meeting was held with the security manager at Cairo University after clashes on the first day of classes took place. There will also be meetings with security managers of the universities that Falcon is assigned to secure, in order to avoid future problems and coordinate together to enforce regulations. If a student provoked a riot and disrespected the regulations, the police will be called to handle him.

What was the real reason behind the clashes between administrative security and Falcon personnel?

Is the company seeking to expand after signing contracts to secure universities?

We aim to increase the number of employees to 12,000 instead of 8,000 after signing contracts with Al-Azhar, Ain Shams, Helwan, Zagazig, Minya, Alexandria, Assiut, Fayoum, Beni Suef, Mansoura and Banha universities.

What are the training programmes offered by the company to its personnel? What are the costs?

The company allocates EGP 12m for training programmes for 12,000 employees, including 580 female employees that receive the same training as men. We also send individuals to receive training abroad; the most recent was a 100-individual delegation to China’s Beijing Wushu Institute for self-defence trainings, along with help from foreign experts and former police experts.

The company has a training sector that signs contracts with a number of sports clubs annually for its personnel to train in gyms and stadiums to become fitter. The company also equips personnel with the most modern security equipment and clothing to prepare them both in terms of security and appearance. Security companies contribute to the work of the Ministry of Interior and do not form a substitute for the ministry.

Does the company’s jurisdiction extend only to critical establishments?

The company also provides security for sites experiencing fires or collapses, facilitates evacuation and rescue processes, and helps mitigate acts of terrorism that cause human losses, where security personnel may intervene until the police step in.  Security personnel can also handle riots outside administrative entities in cooperation with administrative security as well as riots or sectarian tensions among company employees and evacuate public figures.

Does the company have a plan to secure Egyptian football matches?
Falcon has applied to the Ministry of Youth and Sports to secure matches. The state is expected to employ the help of private security companies to secure matches after implementation takes place for the conditions decided upon by the Ministry of Youth and Sports. These include installing camera surveillance systems inside stadiums and gates to facilitate securing for entry and exit, and operations and surveillance rooms will be built inside the stadiums.

What are the company’s target profits for the end of 2014?

How do you think potential new laws regulating security companies’ will work?

Proposals have been submitted to the Ministry of Interior for a law that would specify conditions for security companies that wish to obtain security licenses. Proposals have suggested that the company’s capital be no less than EGP 5m to enable the company to properly train personnel. Other terms require specific qualifications for individual security guards in terms of age, degree and physical fitness. The proposals also included minimum salaries for employees.

The Public Security Sector of the Ministry of Interior has listened to the proposals of some major security companies in Egypt for law.  It was supposed to be discussed in a parliamentary session in 2005 but was postponed to 2010. The proposals have not been discussed since due to the 25 January Revolution.