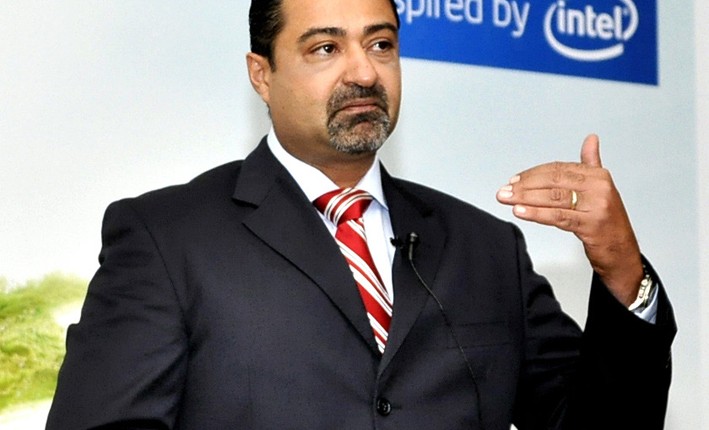 Intel believes that the smart phone and tablets sectors are growth frontrunners for the current year and expects this trend to continue over the next few years due to an increase in demand. Egypt accounted for 70% of growth in tablet purchases across the Arab world, according to Intel Egypt Executive Director Karim al-Fatih during an interview with Daily News Egypt.

Supporting entrepreneurship and localising education technology are the most important aspects of company strategy in Egypt, and Intel is currently involved with an initiative to distribute computers in collaboration with the Ministry of Education, General Division of the Computer and Software, and Banque Misr – who is financing the purchase of computers through instalments and has allocated EGP 100m to the project.

On the topic of entrepreneurship, Fatih believes that the Egyptian market has promising opportunities supported by a broad range of youth who have a lot of creative ideas. He also pointed out that the sector is still in its infancy, which will allow for the formation of many start-ups during the coming phase.

What are the main aspects of Intel’s plans in Egypt?

Education and localising technological tools are the main aspects of our plans, in addition to innovation, supporting entrepreneurship, and developing infrastructure for the telecommunications sector. This point of focus of the Ministry of Communications has been demonstrated recently through the plan to spread broadband as well as support for the small and medium enterprises that contribute to about 45% of total GDP. We also hope to support entrepreneurship, which represents 70% of small and medium enterprises locally.

Why is Intel focusing on supporting education?

At Intel, we feel that the developing both education and technology used for education are the best ways to see positive results in the IT market. The more a generation is able to use various sophisticated technological tools optimally, the more that this contributes to an increase in market size in an indirect manner.

What is the reason behind the restructuring of one of the units affiliated with your company and a number of employees being laid off?

Intel group announced some adjustments and changes made to a unit dealing with wireless technology during the third quarter of last year. All units were concentrated in two global headquarters, Munich in Germany and Bangalore in India, to enable engineers working in the units to communicate efficiently and effectively, which would increase production levels. Through this plan, more than 370 research centres affiliated with the company have been moved to either of these two headquarters.

What are your plans to increase computer distribution?

We are currently working to attract new customers, both computer users and non-users, through our local partners by offering products at affordable prices, with high-quality specifications. We are also offering different repayment methods, such as paying in instalments to encourage users to purchase computers. Intel is also involved in the initiative launched by the General Division of the Computer and Software, and Banque Misr to offer computers in collaboration with the Ministry of Education through an instalment payment system. Investments in the initiative amount to EGP 100bn.

What are the figures on computer proliferation as compared to population?

Indicators show that there about 20 million households in Egypt and only 30% of them use computers, which is a weak ratio. However, this means that the sector has ample opportunities for growth.

Are customers’ buying trends oriented more toward tablets at present?

It varies from one customer to another according to the nature of their usage. One theory said that in the future, all devices will be compiled into one, but this theory has so far failed since the nature of usage determines the device you will have, from TVs to mobile phones. Two-in-one tablet and laptop devices are expected to spread widely in the coming months.

What is the situation regarding your contracts with local manufacturers?

Intel is a main partner of the Arab Organization for Industrialization (AOI) and supports their Pluto tablets with Intel processors. We’ve also had an agreement with Al-Kharafi Group to support Telefunken tablets with Intel processors. Our focus during this period will be on tablets so that the company will have a widespread presence on the biggest number possible of devices.

Are Intel processors a reason behind higher prices for technological devices?

Processors are a part of devices, but their prices aren’t the main factor behind the device’s value. Appropriate specifications for the processor must be taken into consideration so that they are consistent with the other specifications and suit the targeted social group. In fact, the more developed the technology is, the smaller the processor’s size, which drives down the cost and leaves a positive impact on the overall price.

What are the specifications Egyptian users are looking for in a laptop?

How dominant is Intel processors’ share of the Egyptian market?

The Egyptian market witnesses the entrance of 1m new computers per year, 30% of which are with other processors, while the remaining 70% use Intel processors.

How do you see the investment climate in Egypt currently?

The technology market has regained a large portion of growth rates this year in comparison to the last two years, evidencing an improvement in the overall investment climate in Egypt.  Growth of 13.2% in computer sales was recorded during the first quarter of this year compared to the same period last year, as 166,900 devices were sold. Investments have also been supplied by the government represented by the Ministry of Communications. However, it is difficult to define the state of the market now.

Which technology sectors do you consider to have good prospects in terms of opportunities for growth?

Smartphone and tablet sales are the most likely to grow intensely in the coming months. Reports expect that sales of tablets and smartphones in the Arab world would reach 50% this year compared to those 2013, and it is also anticipated that Egypt will account for 70% of sales in the Arab world.

What is Intel’s vision for the entrepreneurship sector in Egypt?

We are aware of the importance of entrepreneurship in Egypt at present despite the country’s late entrance into the market. It is very promising and full of various opportunities supported by a wide segment of youth with creative ideas no less valuable of those in Europe or the US.

Emerging and small companies play a major role in the economies of many countries around the world, which is something we can utilise in Egypt, especially in light of the difficult economic circumstances that the country is suffering.

What are the most important qualities that must exist in an entrepreneur?

Patience, the ability to create, face challenges, make sacrifices and never giving in to failure. Many, many entrepreneurs have experienced temporary failures: the percentage of successful emerging companies around the world does not exceed 10%, so a broad base of emerging companies must exist in order for large Egyptian communications and IT companies to appear. This is a process that the United States underwent ten years ago, which resulted in the emergence of global companies like Intel, Microsoft, Apple and many others.