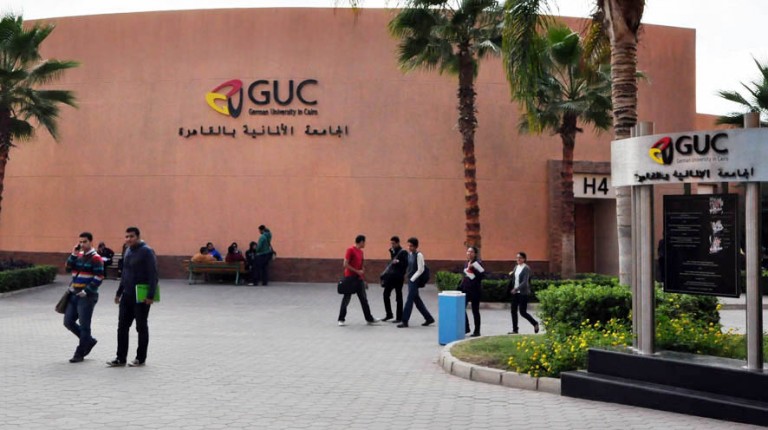 The German University in Cairo’s (GUC) Student Union is expected to hold an official meeting with the university administration this week demanding a “semester drop” for expelled student AbdulRaham Al-Gendy.

“There is no specified date for the meeting yet, but we are moving forward with all the official procedures to help AbdulRahman gain his rights,” said Student Union President Hesham Al-Asharm.

Al-Gendy has been detained alongside his father on charges of rioting in the neighbourhood of Azbakeya on the 6 October anniversary in 2013. A verdict was issued earlier this month, sentencing Al-Gendy to 15 years in jail with a fine of 20,000 EGP, and to be put under police observation for five years. Since the sentencing, Al-Gendy has begun a hunger strike.

The GUC administration rejected the Al-Gendy family’s request to drop the semester for the student, and asked them instead to withdraw his file. This goes against the student conduct procedures.

“We cannot do anything without the students’ support,” said Al-Asharm. He continued saying that the majority of the students currently feel intimidated to engage in any ongoing issue, given the presence of security personnel on campus.

The Cairo Criminal Court sentenced 63 others to 15 years in prison, and 5 to 10 years in prison in the same case, according to the state-owned Al-Ahram.

Al-Gendy, 19, would have been starting his second year of engineering. Freedom for the Brave published a letter written by him from his prison cell, where he said, “When I first got arrested I was extremely worried to miss my first year of school, now I don’t know if I will ever be able to go to school.”