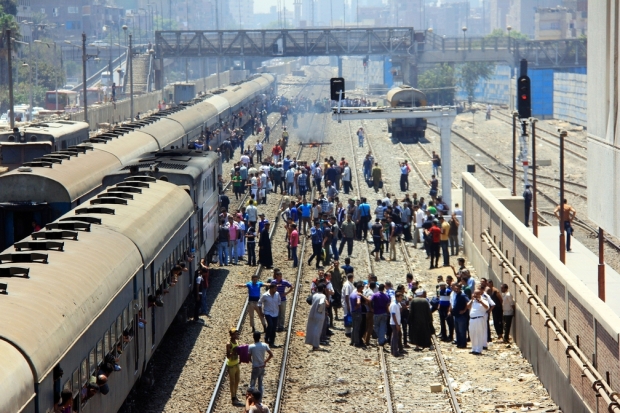 The number of railway passengers reached 15.4 million in August, representing 52.5% growth compared to the same period last year, according to a report issued by the Information and Decision Support Center (IDSC) affiliated with the cabinet.

According to the report, of which the Daily News Egypt was able to obtain a copy, only 10.1 million passengers used railways during August 2014.

“We are witnessing large demand for railway transportation at present,” said Deputy Chief of the Egyptian Railway Authority (ERA) Rashad Abdel-Aty, who added that the ERA succeeded in operating 97.7% of trains in Upper Egypt and 100% of trains on coastal lines.

According to Abdel Aty, the recentholidays witnessed heightened levels of transportation between various provinces, especially during Eid al-Adha where demand increased by 200%.

Railway revenues rose to EGP 85.6m, with 124.1% growth, compared to the same period in 2013. The Ministry of Transportation provided an extra 28 trains with more than 280,000 seats at the end of September through 13 October in order to mitigate the accumulation of passengers in train terminals and facilitate operations, Abdel Aty said.

Abdel-Aty said: “These allocations are only on paper and the ERA only obtains 40% of them. Until now, the National Investment Bank has not delivered the EGP 1.6bn that was requested to overcome the ERA’s financial crisis and engage in train replacement and renewal operations.”

The ERA offered a tender to procure ten trains by obtaining a loan from the European Development Bank worth €126m [$161m], according to Abdel-Aty.

The Ministry of Transportation owns large tracts of land near railway lines that stretch 192m and has established a company to invest in the lands, Abdel-Aty said. However, a large proportion of these lands remain under the control of local bodies affiliated with municipalities.