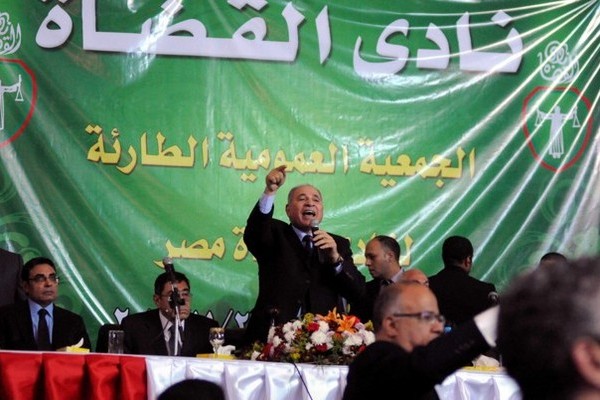 The Cairo Criminal Court ordered on Monday the Central Auditing Organisation Head Hesham Genena and journalist Mohamed Al-Sanhoury to pay fines of EGP 15,000 each on charges of public defamation.

The three men were referred to court in November 2013 following statements made by Genena in an interview published in Al-Masry Al-Youm. He was quoted as describing the Judges Club election as a “farce” and accusing the head of the club, Ahmed Al-Zend, of “distorting the image of the independent judges’ movement”.

Genena was the previous Chairman of the Appeals Court and was appointed by ousted president Mohamed Morsi as head of the Central Auditing Organisation.