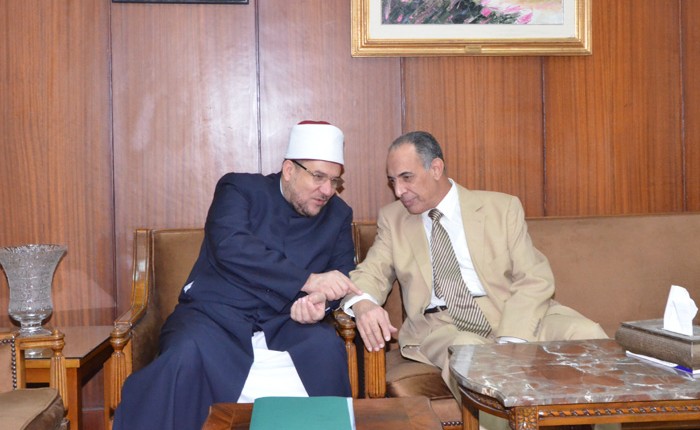 The Ministry of Endowments received an approval from the justice ministry on Sunday to grant the first batch of endowments inspectors the right to arrest any civilian who violates religious speech law and regulations inside mosques.

The decision aims to ensure the religious speeches at mosques do not contain political elements, by banning “outsiders and those who don’t qualify” for giving speeches, alongside those who use the platforms for personal or partisan interests, the endowment ministry said in a statement on its official website.

A few days before he handed over power, former interim president Adly Mansour amended the speech law in June. The law criminalises clerics who give a speech without giving a prior notice to the endowment ministry; potentially imprisoning them for a period between three to nine months and fining them EGP 20,000 – duplicating the penalty if the act was repeated.

The law provoked negative reactions from human rights organisations. The Egyptian Initiative for Personal Rights (EIPR) conducted a research that investigated state policies towards religious institutions in Egypt over many decades.

Amr Ezzat, EIPR researcher, said “the ministry’s decision is not surprising; it has been recycling its decisions to hold the religious entities in its grip.”

Throughout their research, EIPR concluded that religious-discriminating speeches come from the ministry’s side too. “The ministry has already banned clerics who gave Shiite speeches.” Ezzat added.

He suggested there should be an independent committee to watch over violent practices and inciting speeches, instead of the governmental entities.

The recent amendments of the speech law modified the penalties from the original draft issued in 1996, where it used to be imprisonment for no longer than one month and an EGP 100 fine.

The ministry added in the statement that all previous permissions made for speeches by Azhar graduates are invalid, and that they have selected their inspectors carefully to take strict precautions towards any person who violates the law.