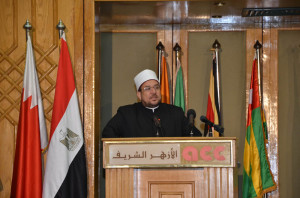 Inciting violence against the police and the armed forces is a betrayal, said Minister of Endowment Mohamed Mokhtar in a Monday statement.

Mokhtar said that “inciting against armed forces and police at this distinctive stage of the Arab and Islamic region is considered betrayal and an explicit call for terrorism”.

The statement follows an attack in which six military personnel were killed and five others injured, as they were securing the ring road in the northern Sinai town of Al-Arish. The incident followed another explosion of an improvised explosive device (IED) targeting security vehicles exploded.

The ministry mourned the “martyrs” of the armed forces and wished the speed recovery for the injured.

The Ministry of Interior released a statement Monday also mourning the death of the soldiers.

This incident is not the first of its kind. A number of attacks have taken place since the ouster of former President Mohamed Morsi in July 2013. Al-Qaeda inspired militant organisation based in Sinai, Ansar Beit Al-Maqdis, has claimed the majority of violent attacks against both police and armed forces, including attacks outside the Sinai Peninsula.

Mokhtar added that the ministry on its part will work to reduce extremist ideologies and fulfil its duty to counter extremism by preventing extremists from giving speeches or attending mosques.