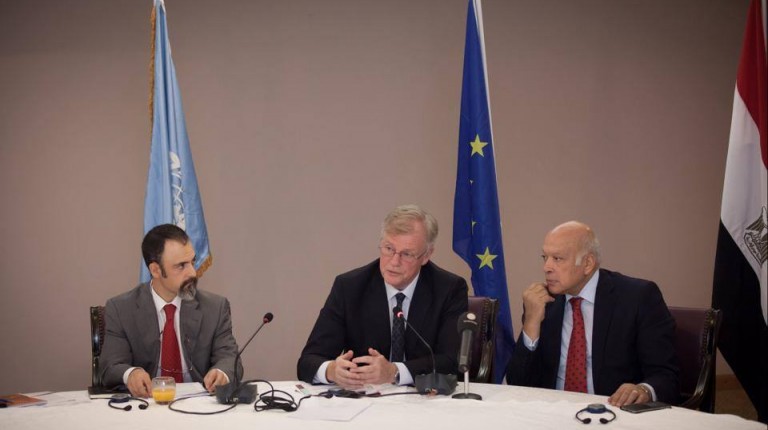 The European Union (EU) announced on Friday their allocation of €4.7m to mine clearance of the Western Desert.

The announcement came during a celebration to mark the launch of the partnership between the EU and the United Nations Development Program entitled “Support to North West Coast Development and Mine Action Plan- Phase 2″.

The celebration was attended by Ministry of International Cooperation official Fathi Al-Shazli, the EU Ambassador to Egypt James Moran and the Chair of the UN Regional Development Group Ignacio Artaza.

Moran and a number of ambassadors visited El Alamein to visit the graves of World War II soldiers.

Over the past 25 years, about 7,923 people were victimised by landmines, including 3,200 dead and 4,723 injured, according to the State Information Service.  El Alamein is located slightly over 100km west from Alexandria. About 17m pieces of unexploded mines are still in the area, according to the State Information Service, potentially making Egypt the most heavily mined country in the world.

In 1942 during World War II, axis and allied forces met in a confrontation in El Alamein that eventually lead to the German surrender in North Africa in May 1943. Landmines were laid by the German forces led by Field Marshal Erwin Rommel to cover up his withdrawal from El Alamein and prevent pursuit by the allied forces.