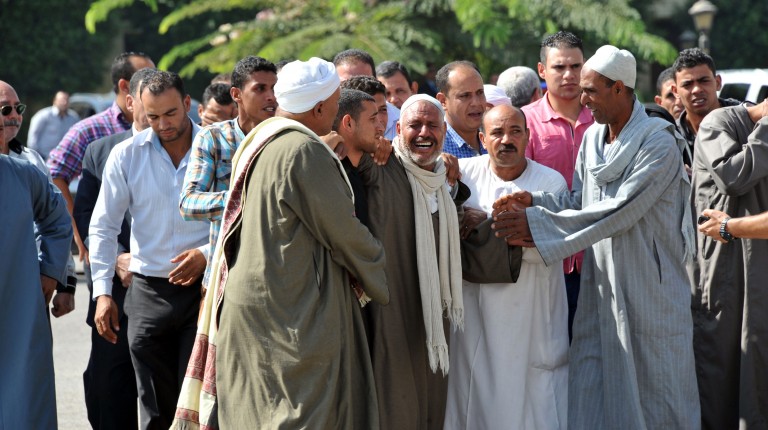 The cabinet agreed Saturday to enforce military law in areas where a state of emergency was imposed in North Sinai.

Following the attacks in North Sinai on Friday, the National Defence Council imposed the emergency state for three months and closed the Rafah crossing indefinitely.

The cabinet also put forth a draft to amend the Military Judiciary Law to include cases covering attacks on police and military personnel and facilities.

“Referring terrorism cases to military justice is a necessity for the country’s highest interests,” said Naguib Gabriel, head of the Egyptian Union of Human Rights Organization.

But for 30 years, having a state of emergency in Sinai has not solved anything, said Sara El-Sherif, a member of No Military Trials for Civilians group.

“Generally, we refuse military trials for civilians,” El-Sherif said. “The new draft is unconstitutional and goes against what the people chose. They are adding to the constitution without the people’s consent.”

“This is an act of revenge that will not solve terrorism. Terrorism should be solved through fair trials,” El-Sherif added.

The cabinet also decided to provide the necessary funding for protection within the specified area, as well as for securing the borders.

The security and law plan will be discussed on Monday with governors of Egypt’s governorates.

The cabinet is to address foreign embassies to the country, and Egyptian embassies abroad, as well as regional and international organisations and “to expose the countries sponsoring terrorism”. It will also emphasise that actions taken by the Egyptian government to face terrorism are constitutional and legal, reported state-owned Al-Ahram.

“The state of emergency imposed in the wake of the attacks is an entirely temporary and limited measure, as is the closure of the Rafah border crossing,” said a foreign ministry  statement Sunday.

“It is an exceptional step which was necessitated by the magnitude of the threat; it will facilitate the work of security forces in combating this threat,” the statement said. “All of the measures taken in response to the terrorist attacks in North Sinai are motivated solely by security and counterterrorism considerations.”

The ministry statement added that the threat must be faced with firm, decisive government action, and is important for Egypt’s friends and the international community to show support and solidarity for these measures.

The cabinet also decided to take all measures to protect public facilities and to prevent road blocking, dealing with violators with the utmost strength and decisiveness.

The cabinet also called upon all political and partisan powers to unite for the achievement of the 25 January and 30 June goals, completing the roadmap, and the eradication of terrorism in all its forms.

The state’s executive authorities were instructed to take decisive measures against all acts of terrorism and the inciters of the violence as well as those who support terrorist groups morally or through funding.