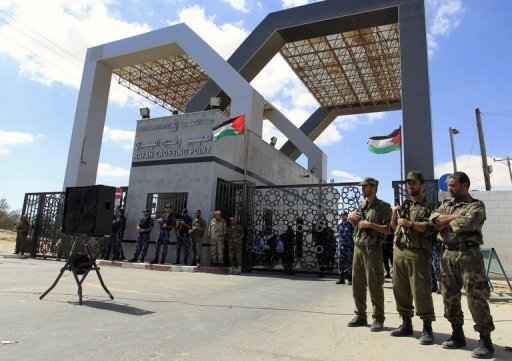 “Military committees came and began measuring the house”, said one Rafah resident speaking by telephone to Daily News Egypt on Wednesday. She lives with her mother and brother within the 500 metre zone and requested anonymity over fears for her family’s safety.

The armed forces said in a Monday statement it is looking to “develop an integrated strategy to ensure the complete elimination” of the use of smuggling tunnels, which it says is “one of the most prominent threats to Egyptian national security”. The security forces are to establish a “secure zone” as was agreed during the National Defence Council meeting in the aftermath of last Friday’s deadly attacks that killed at least 30 people. No details were provided on the plans for the “secure zone”.

The resident recalled one incident when members of the armed forces came to her home looking for militants they thought may have been taking shelter in the house.

The family, living in the border town of Rafah, want to move from their home following an increase in the number of explosions they hear coming from the area around the border.

The army moved at least 300 people on Tuesday said the resident, who is among at least 200 others who were set to be moved on Wednesday.

The armed forces sent the family and the other residents along the border area documents containing choices. The residents must leave their homes but can choose compensation, in the form of money, land or to be re-housed in a different area. The family chose to be re-housed but they do not know where they will be moved to.

The North Sinai governor told Egyptian State News Agency MENA that the relocation of residents began on Tuesday and that they were “willing to evacuate the area”.

The forced evictions may be unconstitutional. Article 63 of the constitutions states: “All forms of arbitrary forced migration of citizens are forbidden. Violations of such are crimes without a statute of limitations”.

In a Monday statement the armed forces confirmed it had destroyed four more tunnels “bringing the total to… 1,845”. It added that the tunnels “cast a shadow on the stability of the situation in the Sinai as [they are] one of the main sources of entry for extremist groups”. These “armed elements provide logistical support” and weapons in order to carry out “treacherous terrorist attacks against elements of the armed forces and police”, read the statement.

Hani Al-Basoos, a professor of political science at Islamic University in Gaza City said that 95% of the tunnels have already been destroyed by the Egyptian armed forces. He explained that Gaza residents have relied on these tunnels to gain access to goods such as fuel and food products that have been limited by the air, land, and sea blockade that has been enforced by Israel and Egypt since 2007.

Al-Basoos said that relocation of residents from the Rafah border is an indication that the Egyptian authorities believe last Friday’s deadly attack in North Sinai was “directed from Gaza”.

President Abdel Fattah Al-Sisi said that the attack was supported by “foreign elements” in the immediate aftermath of the attack, but gave no further details.

Hamas has denied involvement in the attack but condemned the implementation of the “secure zone” earlier this week saying it aims to enforce the blockade imposed on Gaza for years.

The Gazan professor said the move could be a result of coordination between Egypt and Israel “to suffocate the Gaza Strip even more”.

Zack Gold, an Adjunct Fellow focusing on Middle East Policy at the American Security Project, said it is still too early to say what the exact motive behind the implementation of the 500 metre “secure zone”. Gold said: “On its own the destruction of the tunnels could be seen as a tightening of the blockade. However, if there is a step to provide a legal opening then it is not a move to tighten the blockade.”

He pointed out that Hamas has supported the closure of the tunnels on the condition that the blockade is lifted. Gold added: “At this initial stage it is hard to say this is a purposeful crackdown on Hamas”.

Following the latest Gaza war, which raged for 50 days over the summer, Hamas and the Palestinian factions pushed for the lifting of the blockade, which garnered some support internationally in order to improve the humanitarian situation in the densely populated strip.

Gold said that Egypt’s view of the tunnels shifted following another deadly attack in North Sinai in August 2012. “In the past two years the Egyptian state has recognised the tunnels as a national security threat, where as previously it has been seen as a lifeline for the Palestinian people”, said Gold. He added that the Egyptian armed forces had been “wary of public reaction” if they led a crackdown on the tunnels.

Arms smuggling was common in these tunnels even before the Israeli forces withdrew from Gaza in 2005, said Gold, adding that the trade increased following the withdrawal and boomed in 2007 as it was the only way to get goods and products into Gaza.

At their height the number of tunnels reached 1,000, but following the ease of the blockade in 2010 demand fell and by the end of 2012 there were around 150-250 still in operation, according to Gold. He said the Egyptian armed forces’ number of 1,845 could include multiple closures of the same tunnels, which are often re-opened.

Currently the Palestinian factions in Gaza and Israel have agreed to a ceasefire with the understanding that talks would continue. Egypt decided in the wake of last Friday’s attack to postpone the talks, which Gold thinks is an “unfortunate” decision. He pointed to “unsettled issues since the summer” saying if they are not worked out “tensions will continue to rise, which is something we saw with the 2012 ceasefire”. He highlighted concessions promised to Hamas that were never delivered upon, “which in many ways led to the next war”.