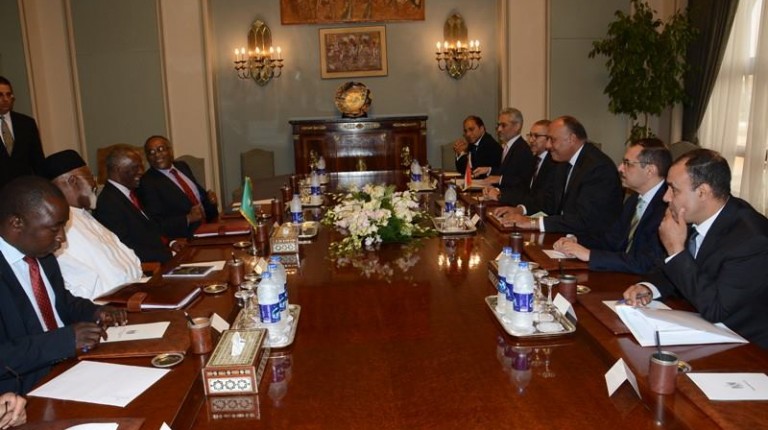 During the meeting, particular focus was given to the situation in Sudan and Libya, according to a Saturday statement by the Egyptian foreign ministry.

A ministry spokesman said the panel presented detailed efforts undertaken to maintain stability and security in Sudan, settle the situation in Darfur, and to contribute a national dialogue between all Sudanese parties concerned with improving the situation in the country.

Conflict broke out in 2003 in Darfur, western Sudan, when the Sudan Liberation Army and the Justice and Equality Movement began an insurgency against the government and government-aligned militias. The two movements accused the Sudanese government of murdering and displacing civilians in Darfur.

According to the statement, humanitarian assistance is needed as well in the South Kordofan and Blue Nile states in South Sudan, to settle the issues between Sudan and South Sudan.

The panel stressed the importance of adopting a “comprehensive approach” in dealing with the situation in Sudan. It also emphasised the importance of supporting Sudan economically by asking international financial institutions and creditors to waive a part of Sudan’s debts.