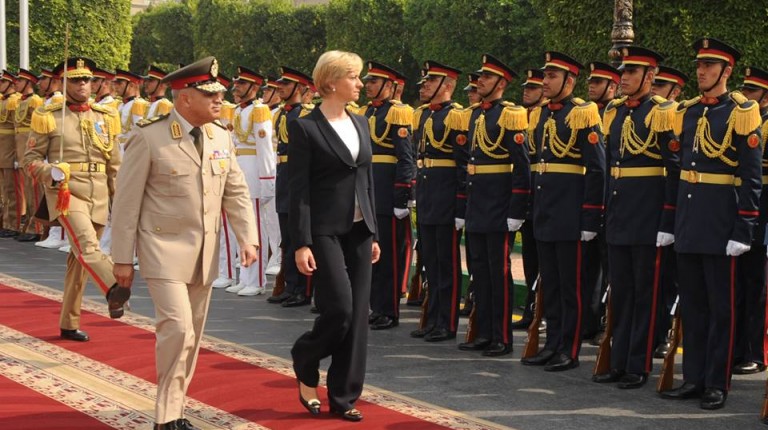 Minister of Defence Sedki Sobhi met Saturday with his Italian counterpart Roberta Pinotti to discuss international developments in the Middle East and the Mediterranean region, including terrorism and its impact on security and stability, as well as clandestine migration.

Sobhi is also the commander in chief of Egypt’s armed forces.

The ministers also discussed increasing military cooperation and the exchange of experience and information between both countries.

Pinotti offered her condolences for the recent attacks in Sinai, which left at least 30 army personnel dead in October.

The issue of clandestine migration remains a major concern for Italy. In recent years, the number of boats carrying migrants from Egypt to Italy has increased. Many of the migrants are Syrians attempting to flee to Europe through Egypt. On 30 September, 145 people, including Egyptian, Syrian, Palestinian, and Sudanese nationals were detained as they attempted to illegally migrate to Italy.