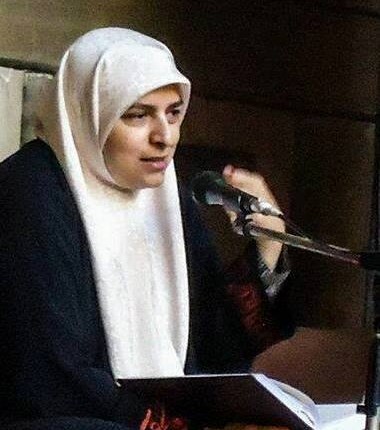 Heba Raouf, professor of political science at Cairo University, was briefly detained Saturday along with professor Yehia Mansour, from the Faculty of Engineering, and three students wearing T-shirts with yellow open palms that looked like the Rabaa Al-Adaweya sign.

During an event called “Egyptian Volunteer Day”, which took place in the Citadel, the tourism police stopped the students, who belonged to Simulation of Egyptian National Child Rights Observatory (SENCRO), a student activity that supports children.

Raouf, who was nearby, approached the tourism police officers and as a result was herself taken to a police station along with professor Mansour and three students, the Faculty of Economics and Political Science Student Union said in a Saturday statement.

The tourism police, who filed the report, said the alleged crime was not only related to the Rabaa sign, but also related to chanting against the army and the police. The police accused the students of being part of the Students Against the Coup group and part of the Muslim Brotherhood, said Amr Hassan, a lawyer with the Association for Freedom of Thought and Expression. Raouf was scheduled to give a speech Saturday but the event was cancelled.

Several student activities groups and civil society organisations were taking part in the event, and the organisers had arranged all the necessary permits.

Raouf and the other detainees were released without charge after she signed a pledge of responsibility towards the students, said Hassan. She left at 3am having spent nine hours in the police station.

Raouf was part of the committee that was drafting a new constitution under ousted president Mohamed Morsi’s rule, but she resigned before it was completed.

The bright yellow Rabaa sign – featuring a hand gesture where four fingers are raised with the thumb folded – has come to signify solidarity with the hundreds of pro-Morsi supporters of Morsi who were killed on 14 August 2013, when security forces violently dispersed their protest camp in Rabaa al-Adaweya Square.

In October, Sara Khaled, an Al-Azhar student who was arrested on campus for holding a pin with the Rabaa symbol, was released after nine months of detention.

The Administrative Court referred a lawsuit to the State’s Commissioner Authority, asking the government to issue a law to criminalise the use of the Rabaa Al-Adaweya hand gesture.

The lawsuit was filed by Tarek Mahmoud, legal advisor for the Popular Front against the “Brotherhoodisation” of Egypt.