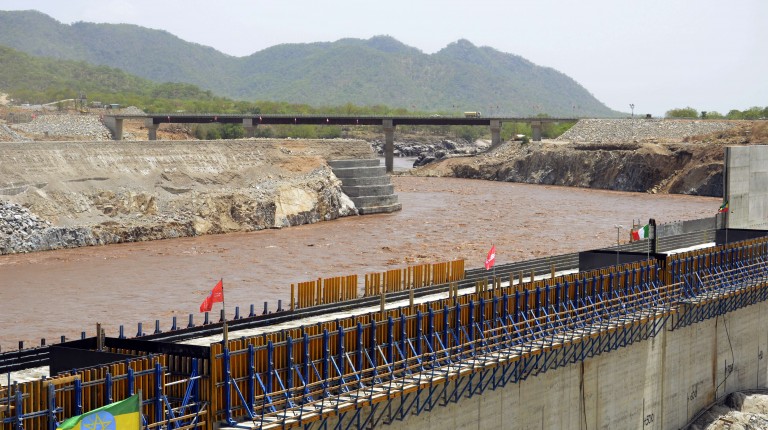 Minister of Foreign Affairs Sameh Shoukry met his Ethiopian counterpart,Tedros Adhanom, on Sunday in Addis Ababa, for a new round of talks concerning the Grand Ethiopian Renaissance Dam as well as other issues of common interest.

At the beginning of the meeting, Shoukry delivered a message from the Egyptian president Abdel Fattah Al-Sisi to the prime minister of Ethiopia, who is currently on an official state visit outside of his home country.

Al-Sisi’s message emphasised the importance of strengthening bilateral relations between the two countries and called for “intensifying meetings and contacts” in the commercial and political sectors “to achieve the aspirations of the two brotherly people”.

Egypt and Ethiopia have been engaged in open-ended talks and negotiations over the construction of the Grand Ethiopian Renaissance Dam on the Blue Nile. Ethiopia began building the dam in May 2012 and Ethiopian president Mulatu Teshome announced in early October that the project is now 40% complete. He also said that the dam is scheduled to become operational next year.

The government of Egypt is concerned that the dam could significantly reduce the downstream flow of Nile water and has insisted that Ethiopia must not to harm Egypt’s water security interests.

In an effort to establish shared interests and thus promote cooperation, the two foreign ministers agreed to improve trade relations and search for new commercial opportunities that could benefit both countries.

The two ministers also discussed a number of African issues of common concern, including the situation in Libya and South Sudan, and ways to counter terrorism.