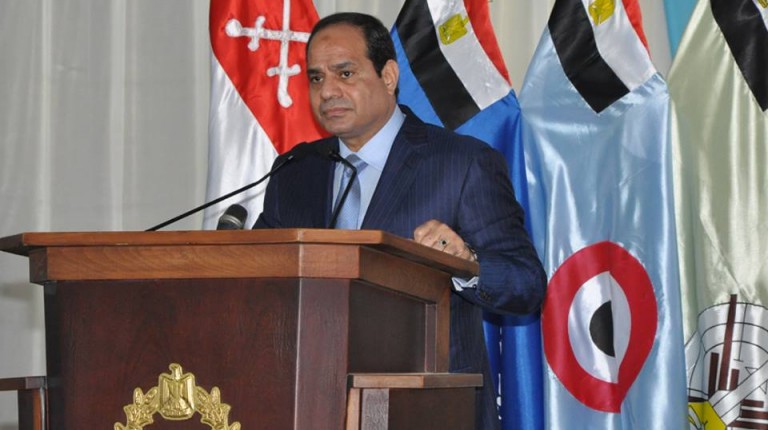 President Abdel Fattah Al-Sisi said on Monday that more security and logistical measures are to be taken to evacuate the area around the Egypt-Gaza border, promising the displaced North Sinai families heavy value compensations, according to state television.

Al-Sisi emphasised the role of the sectors of the armed forces in the coming period, adding that the “struggle with militants is a fight for existence”.

In a speech after attending the final part of a major military manoeuvre, which has been taking place for 13 days, Al-Sisi asked the Sinai people not to let any elements interfere between them and the state, stressing his confidence in the national sentiment of the Sinai residents.

He added that the Egyptian army operates only within the country’s border; however “the armed forces are ready to secure fellow Arab countries”.

The president also showed his concern about the rumours, which suggested that the deceased soldiers in the latest Sinai attack were killed in Libya. “Such rumours aims weaken our credibility.”

“We never lie to the Egyptian people, and the latest terrorist attack wanted to shake the image of the Egyptian army.”

Since the attacks took place, additional troops from the armed forces and police have been deployed to the Sinai Peninsula, to assist forces already present in the ‘war on terror’. Also, the government issued a decree stating that criminal acts against “vital facilities” which includes “stations, power networks and towers, gas and oil fields, rail lines, road networks [and] bridges”, will be referred to military court, as per the text of the decree.

On 25 October, one day after the attack, Al-Sisi said that the attack was supported by “foreign elements” in the immediate aftermath of the attack, and promised harsh measures to counter militancy in the area.

Two attacks in North Sinai on 24 October resulted in the killing of at least 30 members of the armed forces, the deadliest attack in years.