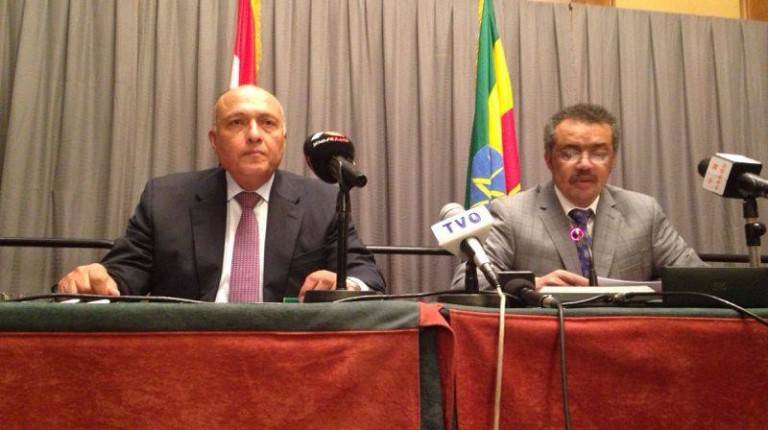 The foreign ministers of Egypt and Ethiopia expressed on Monday the mutual recognition for the water rights of each other’s nations following the fifth session of the Egyptian-Ethiopian joint committee in Addis Ababa, which concluded on Monday.

The Grand Ethiopian Renaissance Dam (GERD) has been an issue of contention between Ethiopia, Egypt, and Sudan, with the latter two nations expressing concern over the potential impact the hydroelectric dam could have on their share of vital Nile water.

Foreign Minister Sameh Shoukry said on Monday that the meetings in the Ethiopian capital were held in “the new spirit of cooperation” adding that Egypt “appreciates Ethiopia’s right to development without conflicting with Egypt’s water rights”. His Ethiopian counterpart Tedos Adhanom reiterated this notion when the pair held a joint press conference, reported state-owned MENA.

The meetings in Addis Ababa began on Saturday, culminating in ministerial meetings on Sunday and Monday. Shoukry and Adhanom oversaw on Monday the signing of five agreements and memorandums of understanding between their two countries in the fields of trade, health, and bilateral relations.

Relations between Egypt and Ethiopia have improved over the last year, where as previously the building of the GERD had been a point of contention. Under former president Mohamed Morsi a national meeting to discuss the issue was broadcast live on television, unknown to some of the participants who suggested espionage operations to damage the dam.