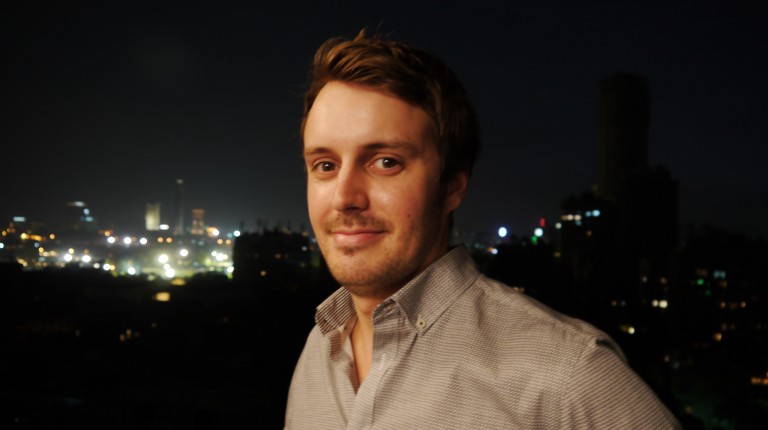 A friend of mine recounted an incident recently whereby their taxi driver, in the midst of a Cairo traffic jam, took a sharp unlawful turn down a one-way street in the wrong direction and then, at a low speed, hit an unsuspecting pedestrian who was walking along the centre of the road. What followed was a heated argument, whereby the driver accused the pedestrian of walking in the wrong place, only for the pedestrian to reply incredulously “what do you expect me to do, walk on the sidewalk!?”. The pedestrian gestured with his hand towards the dilapidated sidewalk, as if to suggest what an outrageous prospect that might be.

It’s easy to get caught up in hyperbole about Cairo, but it’s fair to at least say that it’s a city with a bizarre and problematic transport culture. It’s a city where pedestrians walk on the road, cars sometimes drive on footpaths, men sitting on donkey-towed trailers jostle for position in peak hour traffic, minibuses speed up as they approach their stops, and nobody gives way to ambulances. The traffic is so congested and delirium-inducing that it’s not unusual to see a vehicle reversing into oncoming traffic at top speed on a major road, in the hope of escaping a blockage.

At the crux of the city’s transport culture problems is the pedestal upon which the private car is placed. As in most cities, particularly those of higher densities, private cars are an inefficient means of transporting people. Despite delivering only approximately 14% of total commuters, private cars account for an average of two thirds of urban road traffic in Cairo (David Sims, 2011). However, ownership of a car is a status symbol in Egypt, and for the most part that’s not because it gets you anywhere quicker or easier but because it signifies a seemingly desirable style of living. A style which only a select portion of the population can afford (only 11% of households in Cairo owned a private car in 2008), thus providing a sought after exclusivity to Egypt’s wealthy classes.

At the opposite end of the hierarchy is bike riding. When you consider that Cairo is an extremely flat city, with a population in search of cheap, reliable transport options, and where 50% of the population live within 15km of Ramses Square, that nobody is riding bikes is bewildering. Motorcycles and scooters are also well underused, in contrast to many other developing cities. Although they offer a simple method of bypassing hours of traffic, they fail to conform to ingrained social norms in Egypt.

Walking is extremely common and accounts for the largest share of transit in Cairo, and yet you could hardly imagine a less pedestrian friendly city. Not only is there very little pedestrian infrastructure, the infrastructure that does exist is usually used for anything other than walking. That pedestrians choose to walk on the road is not their fault, it’s simply the path of least resistance.

What is alarming in Cairo is that despite car ownership rates being relatively low, traffic is unbearably congested. The primary reason for that is that Cairo does not have much road space. A World Bank publication “Benchmarking – Cairo Urban Transport System (2003)” explained that Cairo has a higher number of vehicles per kilometre of road than other comparable middle-income cities such as Tehran, Riyadh, Mexico City, and Sao Paolo. This is a significant finding considering that Cairo has as much as four or five times less cars per capita than those cities.

What this means is that it’s a blessing in part that the majority of Cairo’s population does not have accessibility to private cars. It’s keeping dormant a significant exacerbation of the current traffic crisis.. What is evident throughout the developing world is that, as the wealth of a population increases, so too does car ownership. There’s little doubt that if Egypt ever clambers its way out of political instability and towards greater economic growth, the middle class masses will start investing their newfound disposable incomes on shiny new cars. The capacity of the road network will almost certainly not be able to cope.

The knee-jerk reaction of a government facing serious road congestion would be to construct more roads, build a few bridges and add an extra lane or two in traffic hotspots. Such strategies would be expected to provide gains in political popularity by virtue of having undertaken work which ties into the nation’s preoccupation with car-based travel.

It’s critical however that authorities are able to resist this temptation. What is needed instead is two-fold; smart investment in non-private car based transport systems (namely metro, bus, bike and pedestrian), and perhaps equally importantly, a shift in the attitudes of the population.

The metro is a great success story in Cairo and has been wholeheartedly embraced by Egyptians, carrying approximately 4 million passenger trips per day, (which is greater than London’s underground, despite London having eleven metro lines and Cairo having three). The metro’s ability to slice through all urban complications and deliver commuters across the city cheaply and with a surprising degree of reliability is the reason that so many passengers get on board. The system is, however, plainly inadequate and it cannot be asked to do more without significant expansion. Most areas of Cairo are too far from a station and trains are close to capacity during peak hours. Plans to expand the system are in place, however it is likely to be beyond 2020 before these are realised.

The microbus system provides its own charmingly chaotic brilliance. Although they have notoriously uncomfortable interiors and maniac drivers, microbuses have formed a popular and indispensable part of the transport system, capable of transporting tens of people within virtually the same footprint as a car.

Microbuses however are not an aspiration for Cairo and, despite their success, authorities have shown little interest in expanding or legitimising the system or increasing its efficiency. Microbuses are subjected to the same traffic jams as cars and receive no special treatment such as priority lanes or stopping bays.

Unlike the metro and microbus systems, which suffer solely from a lack of infrastructure and investment, other non-private car forms of transport suffer additionally from negative cultural attitudes. Shifting these cultural attitudes is a difficult endeavour, one which would require a concerted effort to educate people and hope for a gradual change. Road safety programmes in schools, encouraging greater respect for pedestrians, and teaching kids of the virtues of riding bikes would be a good start.

If someone could also manage to indoctrinate the nation with an understanding of the inefficiency of private cars and dispel their association with greater social status, that would no doubt be helpful. Perhaps inspiration can be found from Colombian politician Enrique Penalosa, former mayor of Bogota and the man who once famously said: “A developed country is not a place where the poor have cars, it’s where the rich use public transport.”

Josh Drake is an Urban Planner living and working in Egypt