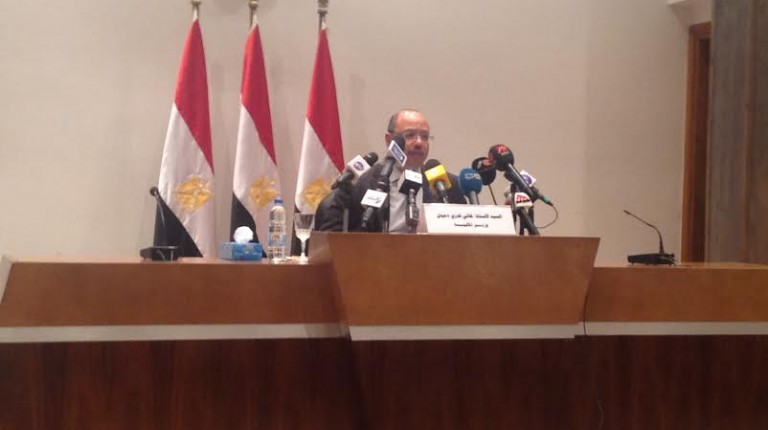 Dimian said during a press conference on Saturday that the overall deficit for the general state budget during FY 2013/2014 reached EGP 255.4bn compared to EGP 239bn in FY 2012/2013 – although the deficit rose in absolute terms, it fell in relative terms as the size of the economy grew.

He attributed the decline in revenues to failure to implement procedures to reduce energy subsidies during FY 2013/2014.

Non-tax revenues amounted to EGP 100.6bn, part of which originated from National Bank of Egypt, Suez Canal, and EGPC revenues.

Public sector wage expenses amounted to EGP 178bn with a 5% savings rate, according to Dimian. He added that the continuous increase in wages is a huge problem for the Egyptian economy during this critical time.  Public sector wages increased by 24% compared to the same period in FY 2013/2014.

Dimian said that the reason behind the decrease in public debt interest could be attributed to a decrease in returns rates on government bonds following 30 June.

He added that the majority did not benefit from energy subsidies while 90% of the rich did, explaining that subsidies reached EGP 126.4bn for petroleum and EGP 13bn for electricity.

According to Dimian, investments amounted to EGP 52.9bn, EGP 32bn of which were funded by the state treasury, while the rest came from loans.

Spending on education reached EGP 84bn; EGP 30.7bn of which was spent on basic and higher education.

Regarding the economic conference planned to be held at the beginning of next year, Dimian said that the event had been postponed to mid-March due to Chinese New Year celebrations at the end of February.

In response to a question on the tax dispute between the Tax Authority and Orascom, Dimian said that “it will be referred to the State Litigation Authority,” refusing to disclose whether the Tax Authority would appeal the Tax Appeal Committee’s ruling in favour of Orascom, issued at the end of last week.

The finance minister said that Egypt had already received a Kuwaiti grant on Monday, which will be used to pay debts owed to Qatar and to address imbalances in the budget deficit, but the Ministry of International Cooperation denied this