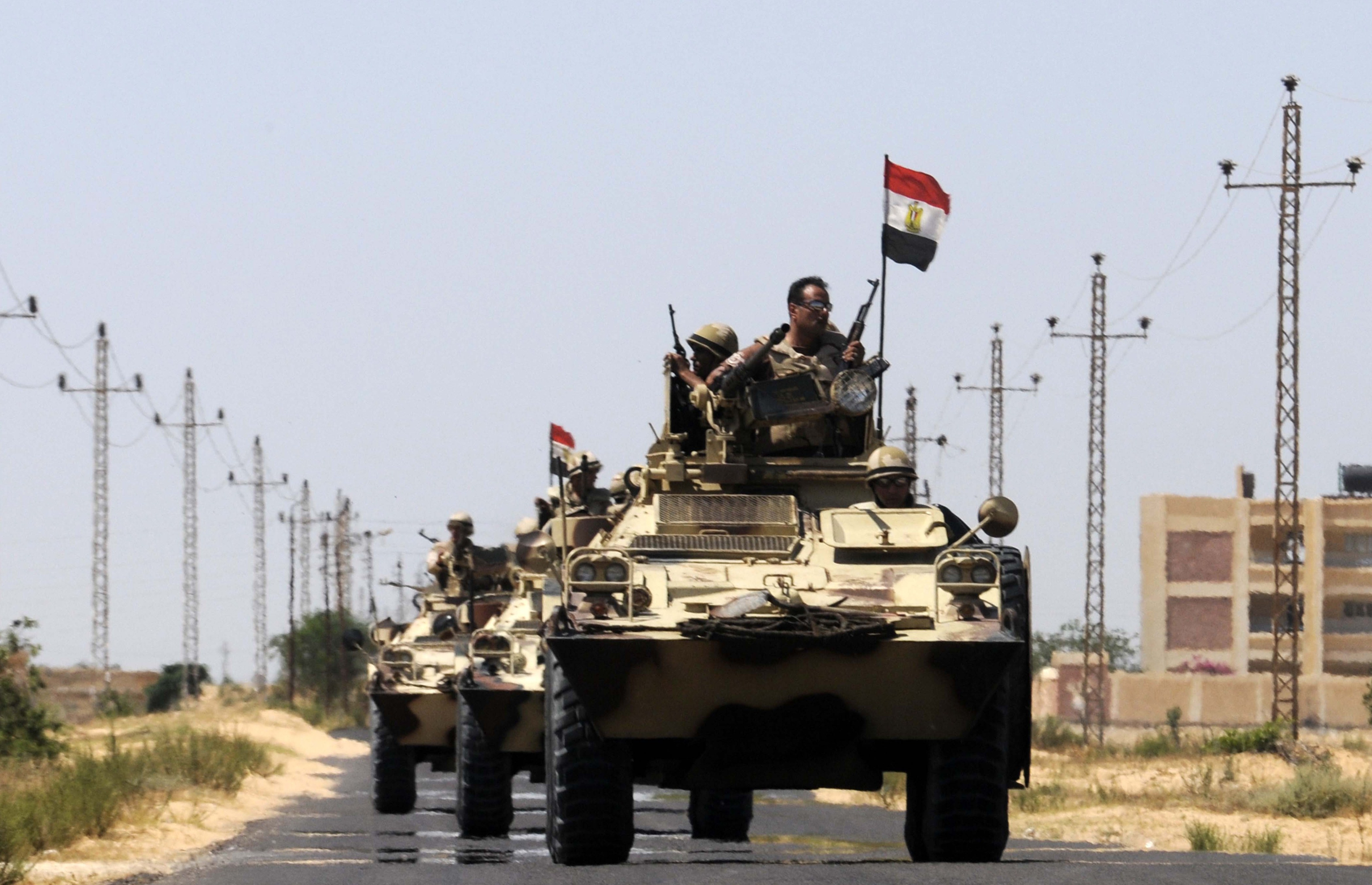 The armed forces killed eight “terrorist elements who participated in ambush attacks on the armed forces planting improvised explosive devices” and arrested 13 others in raids in North Sinai on Saturday, according to a statement released on Sunday.

The operations come as part of the armed forces’ ongoing “counter-terrorism plan in the Sinai [Peninsula]”, which has intensified since two deadly attacks killed at least 30 soldiers in North Sinai on 24 October.

Cars used for transporting marijuana, six unlicensed motorcycles “used in carrying out terrorist attacks against the armed forces and the police”, and 24 “terrorist element headquarters” were destroyed during the operations on Saturday.

As part of the increased security measures, checkpoints set up around the town of Al-Arish, where one of the attacks in October took place, resulted in the arrest of 32 “fugitives” by security forces, reported state-run MENA. Another 158 were handed traffic violation tickets and were informed they would face legal action.

The armed forces reported on Saturday evening that between 27 October and 7 November 19 “terrorist elements” had been killed and 249 others arrested in the ongoing operations in the volatile peninsula.

As part of the increased security in the region reinforcements were deployed at the end of October. In a more exceptional measure, the armed forces ordered residents living within 500 metres of the border with Gaza to relocate in order to establish a “secure zone” in the area, with the stated objective of destroying all underground smuggling tunnels leading into the Palestinian enclave.

By 3 November 1,156 families had been relocated with the promise of compensation from the government.

President Abdel Fattah Al-Sisi said the day after the attacks that “foreign elements” had been involved but he did not elaborate further.