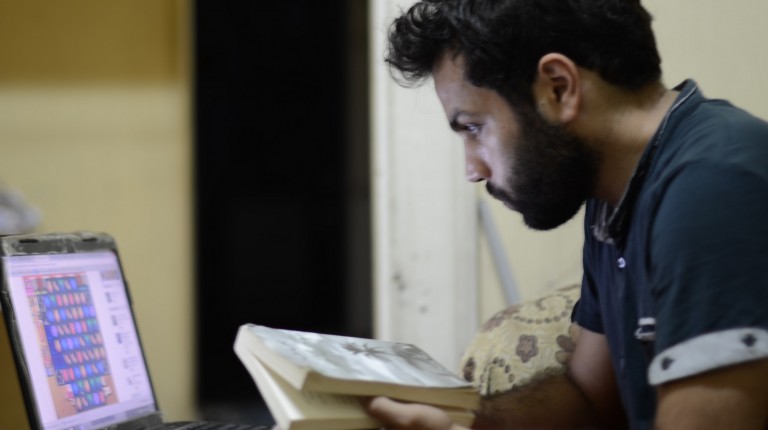 The United Nations (UN) celebrated its 69th anniversary on 24 October at Aquarium Grotto Garden in Zamalek with a daylong fair, which highlighted the organisation’s achievements in Egypt.

The event hosted performances by several Egyptian bands including “Wust El-Balad”, and “Zap Tharwat”. Along with musical performances, the anniversary included a video contest of professional and amateur video crews, as well as a food and handicraft sale for all visitors.

All products sold at the festival were related to UN initiatives. There were dates picked by farmers in Sohag, baskets weaved in Fayoum, handmade jewellery, accessories and textiles from Sudan to Aswan, Hurghada and other cities. Housewives of Alexandria sold their pickled vegetables, cheeses, sweets, and olives.

The project, which Talaat is a part of, sends trainers in Upper Egypt’s Qena to teach girls to produce arts, handicrafts and accessories, which they can sell in markets.

“The hardest part now is that the economy is not as good as it was before”, Talaat said. “People are not willing to spend like they did”.

In addition to local craftsmen and housewives, the sale hosted products made by refugees in Egypt.

Justin Lupayi, one of the organisers for Tukul craft – a group that supports refugees – explained how the group buys material, works on designs, and then sells the products overseas.

Lupayi, who originally fled from South Sudan and was able to apply for a refugee certificate, said that problems that refugees face are difficult. They suffer to get into Egypt and cannot afford to rent houses, most of the time.

Refugee projects are not uncommon in Egypt with the UN estimating that 230,000 are seeking sanctuary. The fair attempted to empower some of these relief programmes, such as Tukul Craft.

Throughout the day, the attendees got a chance to learn about several of the organisations and volunteering projects, in a cosy atmosphere of hip music and tasty home-cooked meals.

“I like the campaign we have about ending violence against women,” said Dooa Samir, a volunteer for UN economic empower.

Mohamed Abd Samad, a student from Somalia who juggles his studies at Cairo University and his work as community health volunteer, said that he helps Somali refugees he meets.

“It feels good to help them and give them information, helping them raise children in a healthy way and raise awareness”, he said.

Founded in 1945 after the Second World War to maintain world peace and diplomacy, the UN – an international organisation now of comprised of 192 countries – spearheads campaigns based on mediating conflict, human rights, security, and development.

“Using international good practices, the UN advocates for change, provides evidence-based policy advice and provides direct support to promote equity, prosperity and human rights, within a sustainable and clean environment”, the UN issued in a statement about the day’s fair.

“The UN is helping development. They make a lot of projects to help a lot of people in Egypt,” said Ibrahim Abou El Yazid, one of the guests at the fair.