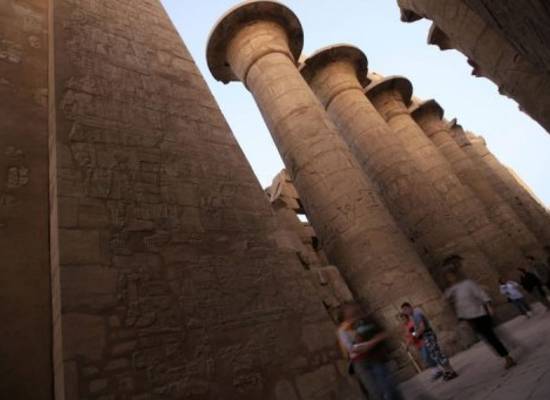 No new tourism licenses will be provided to companies during the current period, Minister of Tourism Hisham Zaazou said during the Arab Tourism and Umrah (minor pilgrimage) forum on Saturday.

The minister clarified that there are around 2,400 tourism companies operating in Egypt, out of which 2,200 work in religious tourism.

The tourism sector suffered a setback following the 25 Januray Revolution leading to a slowdown in the number of visiting tourists and the nights spent in Egypt.

The minister stated that the tourism sector picked up during the third quarter of the year, adding that tourists from the Gulf region increased by some 300% compared to the same period last year.

The minister attributed this improvement to the campaign launched by Egypt to attract tourist, as well as facilitating obtainment of the visa and the affordable Egyptian prices.

However, it should also be noted that Egypt faced major unrest last summer – including the deaths of hundreds of protesters in the streets following the ousting of president Mohamed Morsi.

Earlier this month, a ministry official told the Daily News Egypt that the ministry is hoping to increase tourist arrivals from Britain this year to 1 million tourists, up from 850,000 last year.

An official at the Tourism Development Authority (TDA) also stated that the authority plans to attract 100,000 tourists from South Africa during the current fiscal year (FY) 2014/2015.

According to the Ministry of Tourism, inbound tourism to Egypt last year reached 9.5 million tourists, representing a decrease of 2 million tourists from the year before.