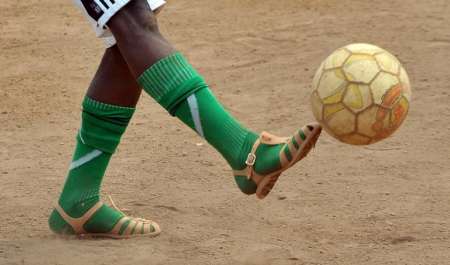 The Egyptian national team suffered its third defeat in the qualifiers for the 2015 African Nations Cup, and its second defeat on its home turf. The Senegalese team won 1-0, making Senegal the second team to qualify from Group 7 along with Tunisia. The Egyptian team finished third in that group with 6 points over 5 games, and waiting for a miracle.

The loss to Senegal for the second time in qualifiers was not the worst thing that happened in the game, but the performance was monotonous for Egyptians, who for the most part played in slow-motion. The home-team was unable to impose its control over the game and did not consistently or effectively attack – to at least prove that it hoped for a slim chance of qualifying – and the Senegalese succeeded in provoking the Egyptian players and slowing the pace of the game, which helped the Senegalese team in the end.

Our team made just five attempts to score, the same number made by the Senegalese team, but our players repeated what happened in the first game in Dakar where they wasted all opportunities. The Egyptian team appeared they resigned after the early goal, and through slow play were unable to penetrate the iron Senegalese defense.

Each team made 40 attempts to break the opponent’s defensive areas. Egypt made 19 such attempts, compared to 14 full-fledged attacks from Senegal, and the fact is that our overall attacks were random and ineffective most of the time.

Egypt had 58% possession,  which put early pressure on forwards for most of the game, before defending in large numbers at the end of game and relying on counter-attacks. The truth is that Egyptian possession was largely in vain because most passes were diagonal across the field and far-removed from attacking positions due to Senegal’s pressing, crafty movement, and well-drilled defense.

Mohamed Salah had three shots, including one on target. Walid Soliman and Mahmoud Trezeguet each had one shot but neither were on target.

Ahmed Fathy and Ibrahim Salah committed the most fouls, six and five respectively.

Trezequet had a 92% passing accuracy rate while Walid Soliman earned 93% and Ibrahim Salah 94%, although the latter’s passes were not as effective in developing attacks for the team, as opposed to Soliman.

Sabry Rahil was one of the least accurate players in terms of passing with only a 68% accurate pass rate. He passed the ball incorrectly 14 times, 11 of which were forward passes. Ali Jabr had a 76% accuracy rate, Mohamed Salah 79%, and Hazem Imam 60%.

Of course Ahmed Shenawy is to blame for the incorrect positioning which allowed for a goal scored in the seventh minute, and Mohamed Sobhy successfully met the simple challenges, leaving his net at the appropriate moment three times.