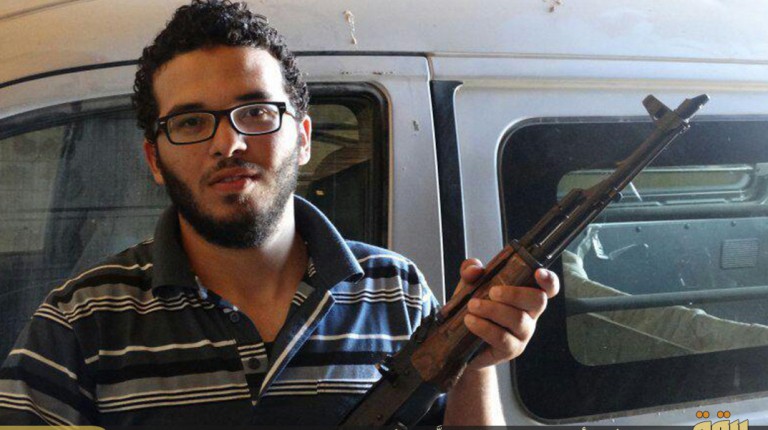 It further stated that the fighters hail from Tunisia, Egypt and Libya.

The close-up images show many of the purported fighters brandishing weapons. The suicide attacks were carried out in Barqa which is also known as Cyrenaica, the eastern coastal region of Libya, according to the website.

The publication comes days after an audio recording was released, in which a fighter pledges allegiance to ISIS leader Abu Bakr Al-Baghdadi on behalf of fighters across Libya, “out of obedience to the word of God”.

The audio recording states that there are brigades of fighters in Libya’s three “states”: Barqa, Fezzan, and Tripoli. These three encompass the entire Libyan country.

This audio recording was followed by another one, attributed to Al-Baghdadi. In the recording he said that the “Islamic State has expanded to include” Saudi Arabia, Yemen, Egypt, Libya, and Algeria. He added that he accepts the pledges made to him from these countries.

ISIS rebranded itself as the ‘Islamic State’ in the summer and Al-Baghdadi was appointed ‘Caliph’ and is known as ‘Caliph Ibrahim’ by the group.

On Friday, Sinai-based militant group Ansar Beit Al-Maqdis made a pledge to ISIS in a video and presented itself as the “State of Sinai”.

Libya has faced a tense security situation since 2011 when former president Muammar Gaddafi was toppled. However, things took a turn for the worse this year and fighting escalated. Fierce daily fighting currently occurs in Benghazi and in Tripoli, where Islamist group Libya Dawn is largely in control.