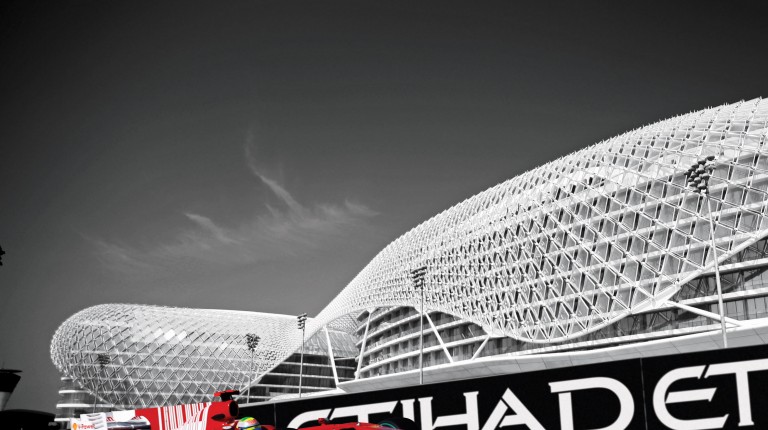 Formula 1 fans in the Arab world are passionately awaiting the Grand Prix of Abu Dhabi’s 2014 race which will be held on 23 November.

Abu Dhabi Grand Prix Formula 1, known as the Etihad Airways prize, announced the launch of the race in 2007 during the Abu Dhabi festival, and the competition was held for the first time on 1 November 2009 on the Marsa Yas racetrack. This race was added to the agenda of the world championship, and race car driver Sebastian Vettel of the Red Bull racing team won the competition.

This round of Formula 1 represents the 65th season of class 1 car races, organised by the Federation Internationale de l’Automobile (FIA), as a first class championship for open-wheel cars, with 11 participating teams and 22 drivers for the 19 races listed on the agenda for this season. The Abu Dhabi Grand Prix is the last championship of the international 2014 Formula 1 of 19 races around the world.

The following table lists the teams hailing from around the world that will participate in Grand Prix Formula 1 this year: