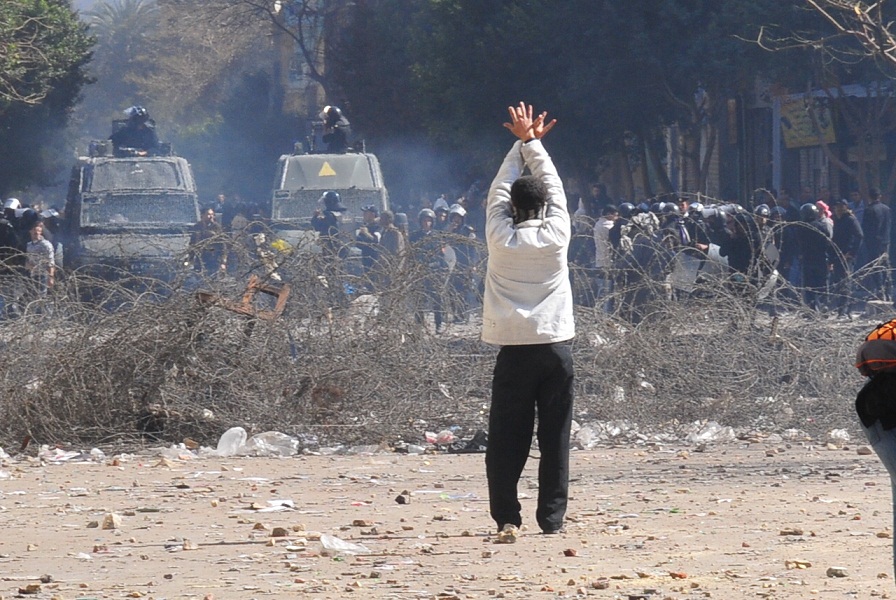 Students Against the Coup (SAC) will organise marches embarking from universities on Wednesday to coincide with the third anniversary of the deadly Mohamed Mahmoud clashes, according to a statement by the group on Tuesday.

The group will “start a new revolutionary wave led by students,” according to SAC spokesperson Yousef Moslem.

For security reasons, the group has not yet disclosed the destination or route of its marches or whether they will end up on Mohamed Mahmoud Street.

This street was the site of deadly clashes between protesters and security forces that started on 19 November 2011 and lasted for five days.

6 April Youth Movement Democratic Front announced its intention to take to the street on the anniversary “in an entirely peaceful way”. The decision to do so was taken without any coordination with other groups, “especially not the Muslim Brotherhood”, the group said.

During the clashes on Mohamed Mahmoud Street three years ago, police fired teargas, birdshot, rubber bullets, and live ammunition at unarmed protesters claiming they were preventing them from attacking the Ministry of Interior. The ministry’s headquarters are close to the site of clashes, on a street that is parallel to Mohamed Mahmoud.

Hundreds of people were injured in the 2011 clashes, including dozens who suffered critical eye injuries. It remains unclear, however, exactly how many people died in the violence. The Ministry of Health reported the death toll at 41, while Amnesty International said it acquired a document claiming 51 people were killed.