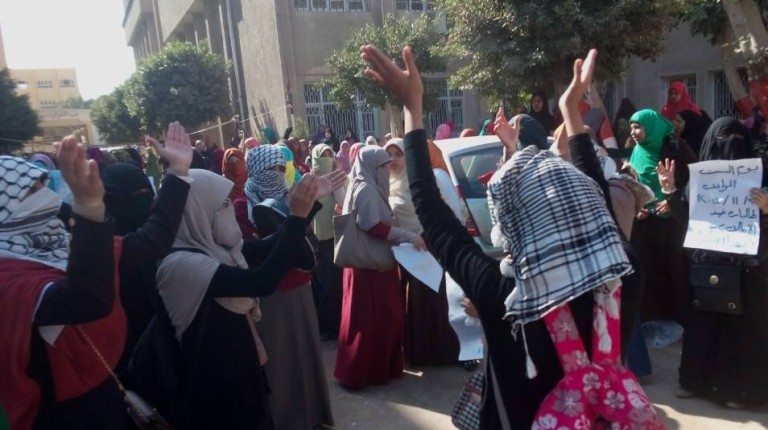 Troops from the Central Security Forces and the military police on surrounded the perimeter of the Faculty of Science in Alexandria University on Saturday, after students clashed with campus security, according to the Students Against the Coup (SAC) movement.

The students were planning a partial strike on Saturday morning in protest of the expulsion of 12 students from the university for three years, on charges of “rioting on campus”, state media reported.

Security forces spread outside the gates of the university to prevent the students from protesting outside the campus.

Scores of students have recently been suspended or permanently expelled from universities for participating in anti-government protests.

Last week, at least 23 students were been expelled from Al-Azhar University for their alleged implication in acts of on-campus violence.

The administration also sent 61 students to investigation over similar charges.

Students in Al-Alzahr have been protesting demanding the opening of the dormitories, and against the arrest of fellow students.

SAC, a student organisation opposing the current regime, promised last week a new wave of protests will start against security forces until students regain their “dignity and respect”.