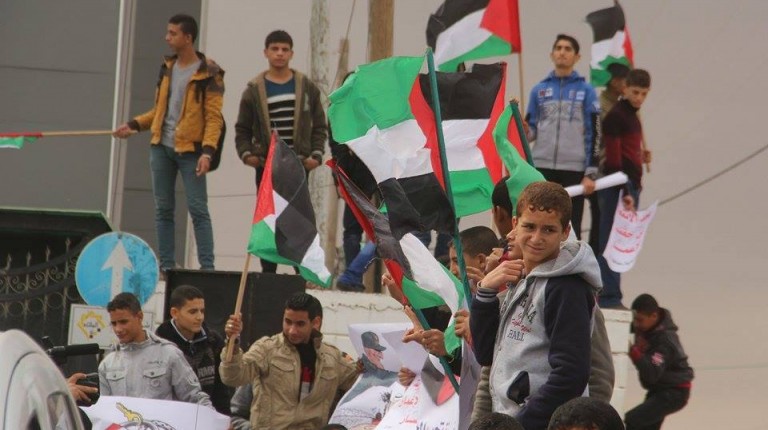 In an interview published on Sunday, Egyptian President Abdel Fattah Al-Sisi said that he is willing “to send military forces to a Palestinian state” in order to assist local police and “reassure the Israelis, serving as guarantors”.

He stressed it would not be a permanent force, adding: “before sending troops there should be a Palestinian state”.

Al-Sisi, speaking to Italian private daily newspaper Corriere della Sera, also said that he had discussed this “at length” with Israeli Prime Minister Benjamin Netanyahu. He told the Israelis that “it’s necessary to embark on a courageous path, otherwise nothing will ever be solved”.

Envoy for the Quartet on the Middle East Tony Blair and Egyptian Minister of Foreign Affairs Sameh Shoukry on Sunday discussed ways to resume peace talks between the Israelis and Palestinians.

The pair also called for an end to the “vicious cycle of violence” on the same day as a Gazan was shot near the border with Israel.

The two diplomats met in Cairo on Sunday afternoon as the Ministry of Health in Gaza confirmed the death of a 32 year-old man, who the Israeli Defense Forces claimed strayed too close to the “security fence” separating Palestinian territory from Israel.

The former British prime minister expressed “serious concern about the situation in East Jerusalem and the Gaza Strip”, according to a Sunday statement from the Egyptian foreign ministry.

Blair is the envoy of the Quartet on the Middle East, which includes the United Nations, United States, the European Union and Russia.

Shoukry briefed Blair regarding “efforts and intensive contacts undertaken by Egypt” in coordination with influential actors “to contain the situation and prevent further deterioration”.

Tensions boiled over last week when two Palestinian men entered a Jerusalem synagogue and attacked worshippers using axes, knives, and a pistol. Five Israelis were killed and the two attackers were shot dead by the police.

The synagogue attack came following increasing tension between Israelis and Palestinians with clashes at the Al-Aqsa Mosque compound, which is also the site of the Temple Mount, which is of great religious importance in Judaism.

According to the ministerial statement, Shoukry stressed to Blair the need to coordinate with Norway in implementing the decisions of the Gaza Reconstruction Conference in October, which was co-hosted by Egypt and Norway.

Egypt has repeatedly expressed its support for the people of Palestine and their aspirations of statehood.

The Egyptian brokered indirect talks were postponed by Egypt at the end of October following a deadly attack in North Sinai, which saw Egypt impose increased security measures in the volatile Sinai Peninsula.

As part of the measures the Rafah border crossing with Gaza was shut. Rafah is a vital crossing point for Gaza, however Egypt has kept the crossing closed due to tensions with Hamas and a militant insurgency in the Sinai. Gazans protested at the border on Sunday calling for it to be reopened.

Following the attack at the end of October Al-Sisi suggested that “foreign elements” supported the attack in Sinai. The military were instructed to eliminate smuggling tunnels between Egypt and Gaza, which it described as one of the biggest threats to Egypt’s national security. Residents within 1km of the border are being relocated to establish a “secure zone” to combat the use of tunnels.

The Sinai-based militant group Ansar Beit Al-Maqdis claimed the attack in mid-November around the same time they pledged allegiance to militant group Islamic State of Iraq and Al-Sham (ISIS), which rebranded itself as “Islamic State” over the summer.