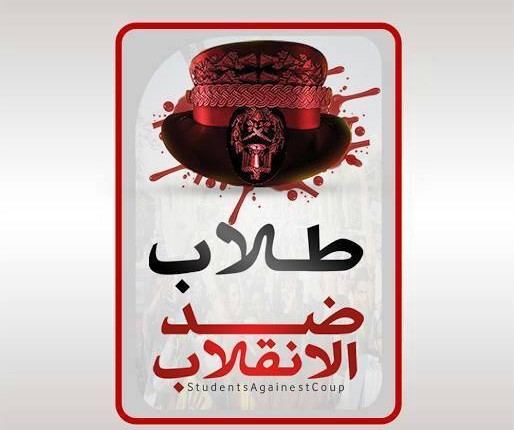 Political youth movement Students Against the Coup (SAC) released a video showing its members blocking two major roads in Greater Cairo, and stating that the group will no longer accept violations against female students.

The group added that there will be more road blocks in Greater Cairo and other governorates, as well as disruptions to the metro service.

The group said on its official page that the video is a “response to the arrests of female students and assaults against them by beating and dragging”. In an earlier statement, the group specified the “violations against female students in Al-Azhar University”.

The student group released a list, with the names of seven major roads and one metro line, announcing that they “are out of service”.

The footage released shows a fire cutting through main roads in Giza’s 6 October and Haram neighbourhoods on Monday.

SAC  spokesman Yousef Moslem said the number of female students known to be currently in custody is 28, most of whom are from Al-Azhar University.  Al-Azhar University has been at the epicenter of student violence throughout this and the previous academic year.

Last week, security forces arrested several female students after protesting inside campus. Pictures of the arrests have been widely circulated on social media and show the female students struggling as they were escorted by male security personnel. SAC vowed, in a statement Saturday, to “avenge the honour of the arrested students”.

The group said it will no longer accept the “continuation of crimes being carried out against female students”. It added that it has repeatedly warned against assaulting female students and that these warnings were not understood, adding in clarification that what it did Monday was an initial reaction.

SAC said it blocked another road in Nasr City and disrupted a metro line for half an hour, in addition to several other protests held in different parts of the country. Moslem said no student was arrested during these events.

SAC was formed after the removal of former president Mohamed Morsi in July, 2013. The movement believes that his ouster was a coup and has actively protested it by organising marches and protests in universities across the country, often ending in clashes with security forces and arrests.