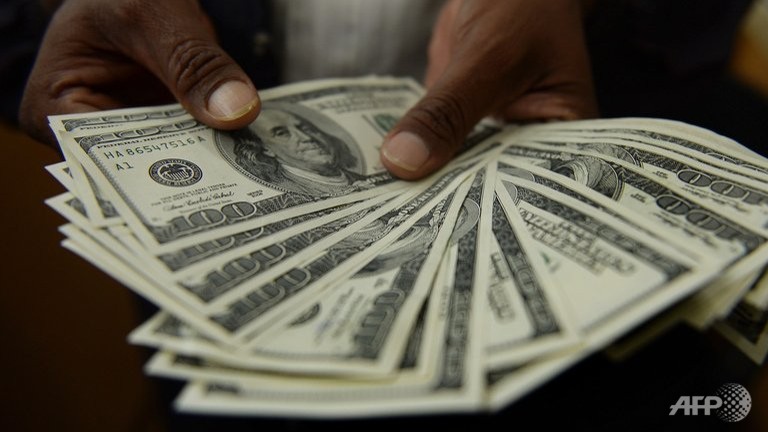 The Ministry of International Cooperation signed a $200m agreement with the Emirati Khalifa Fund for Enterprise Development to support small and micro enterprises, marking the latest assistance Egypt receives.

The United Arab Emirates (UAE) was among the first Gulf countries to announce its assistance to Egypt. In July, it pledged a $3bn aid package to Egypt, comprised of a $1bn grant and a $2bn interest-free deposit at the Central Bank of Egypt (CBE). The UAE also provided seven shipments of fuel worth $225m.

In September, the UAE’s crown prince and deputy supreme commander of the armed forces, Mohammed bin Zayed Al-Nahyan, pledged $2bn in additional aid to Egypt as deposits and grants. In October, the two parties signed an agreement valued at $4.9bn.

In November, Minister of State for Local Development Atef Labib said the UAE allocated around EGP 1.8bn to finance 135 water sanitation projects in nine governorates in Egypt. Egypt has received approximately 25% of the total as a first instalment to help complete these projects before the end of 2014.

Saudi Arabia also stated that it would provide Egypt with grants, deposits and petroleum products worth $5bn. The Saudi aid was divided into $1bn cash, a five-year $2bn interest free deposit at the CBE, and $2bn in the form of petroleum products.

In May, the President of the Egypt General Petroleum Authority Corporation (EGPC) stated that Saudi Arabic will grant Egypt $1.3bn worth of petroleum products in May and June 2014.

Around $350m of the Saudi assistance to Egypt was to be allocated for electricity projects at the Western Damietta and the El-Shabab electricity station.

Another Gulf country that has provided Egypt with financial aid was Kuwait. The Gulf country has given Egypt a $1bn non-refundable grant and a five-year $2bn deposit to the CBE. Kuwait also supplied Egypt with $1bn worth of petroleum products.

Several media reports have also suggested that Egypt received $1bn from Kuwait in November 2014. The news, however, was met with contradicting responses from government officials. During a press conference, Minister of Finance Hany Kadry Dimian “neither denied nor confirmed” the news, with the Ministry of International Cooperation denying having received the grant.

The EGPC has received, during the period between June 2013 and April 2014, about $7.4bn in grants from the oil states of Kuwait, the UAE and Saudi Arabia.

Egypt’s relationship with Qatar has deteriorated since Morsi’s ouster, however, with the Gulf country demanding back deposits it placed at the CBE after the 25 January Revolution. Qatar provided approximately $7.5bn in loans and grants to boost Egypt’s struggling economy during the turmoil that followed the ousting of former president Hosni Mubarak

In September, Egypt returned $2bn after negotiations with the Qatar government to convert them into three-year bonds failed. In November and December 2013, Egypt retuned an additional $1bn. Last month, Egypt repaid $500m to Qatar and is prepared to pay the remaining $2.5bn by the end of November.

The World Bank, the European Union and international bodies

In July 2013, the World Bank announced it approved a $585.4m loan to finance Egypt’s Helwan South Plant Project, a new gas-fired power plant contributing up to 10% of electricity generation nationwide. Egypt and the World Bank have signed an agreement in November.

In September 2013, chairman of the Federation of Egyptian Chambers of Commerce Ahmed El-Wakil announced the launch of eight new regional projects, funded by the European Unionvalued at EGP 260m. The projects targeted the food industry, tourism, textiles, solar energy and environment sectors, as well as the construction and modernisation of schools.

“This assistance will enhance the access of children, especially girls, to education and will fight child labour in the poorest areas of Egypt,” Ashton said.

In November, Egyptian ambassador to France Mohamed Mustafa Kamal announced that France was preparing to launch two development projects in Egypt worth €110m. Kamal said that the first project, valued at €30m, is expected “to support small and medium enterprises operating in the agricultural sector”. The second project, worth €80m, will aim to create “job opportunities for the residents of slum areas” using “microfinance projects” through Egypt’s Social Fund for Development. The Ministry of Planning and International Cooperation signed a €80m agreement on 25 March with the French Agency for Development to offer long-term credit to small and micro Egyptian businesses.

The Ministry of Supply and Internal Trade stated in November that Italy has provided Egypt with a $66m grant to build silos in the Giza governorate and assist in the development of bread bakeries in Sheikh Zayed.

In December 2013, then Minister of Energy and Electricity Ahmed Imam announced that the cost of constructing the Suez-Samalot 280km line will total around EGP700m, to be financed by the World Bank.

The Africa Development Bank (ADB) signed a $2m grant with the Egyptian government to support the industrial waste management initiative and projects by small and medium enterprises (SMEs) in Egypt in December as well. The grant, which is provided by the transition fund for the Middle East and North Africa (MENA) under the umbrella of Deauville’s partnership with Egypt, will finance “Green Growth” and the development of SMEs.

In February 2014, the Islamic Development Bank (IDB) announced that it has allocated $220m to finance a thermal power plant in Assiut. During the same month, the European Investment Bank (EIB) signed a €205m agreement with the Egyptian government to finance the upgrade of the El-Shabab and West Damietta electricity power plants. In March, a $190m loan was provided by the European Bank for Reconstruction and Development (EBRD) to the Egyptian Ministry of Energy and Electricity to finance the same project.

The Chinese government provided Egypt with a $24.4m non-refundable grant in March. The Ministry of International Cooperation said the grant will be used to finance social and economic developmental projects.

EU and World Bank assistance continued in March, with both financial institutions providing Egypt with €70m and €200m, respectively. The money is to be used for the Egypt Emergency Labour Intensive Investment Project (ELIIP), which will be implemented by the Egyptian Social Fund for Development and will create 8.5m temporary jobs and 2,300 permanent ones.

In April, the EU stated that it be implements several water sector projects with the Ministry of Housing and the Holding company for Water and Waste Water. The EU’s contribution to this project was announced to be €57m. During the same month, the board of executive directors at the World Bank agreed to loan Egypt $300m to finance micro and small enterprises (MSEs). The loan will finance the promotion of the Innovation for Inclusive Financial Access Project, which aims to reach more than 130,000 enterprises.

Egypt also signed a KWD 30m loan agreement (approximately $106m) with the Kuwait Fund for Arab Economic Development (KFAED) in April. The loan will be used to help finance the upgrade of the Assiut power plant.

In May, Italy signed an agreement with the Italian Ambassador in Egypt, agreeing to finance a €1m social and economic development project on Egypt’s north coast. Italian Ambassador Maurizio Massari said the project is part of a €27m cooperation framework negotiated by the European Union to develop rural parts of Fayoum, Minya and Matruh governorates. Massari said €10m will be granted to the Ministry of Agriculture and Land Reclamation to develop the agriculture industry in Minya and Fayoum.

In July, the World Bank announced that it has agreed to a $500m loan to Egypt to deliver natural gas. Egypt will have a grace period of up to eight years on the loans, while payments on the loan will be made over a 28-year period. Access to natural gas will be given to 1.5m Egyptian homes in 11 governorates, including Sohag, Qena and Aswan in Upper Egypt.

Last September, Minister of Housing Mostafa Madbouly stated that official at the World Bank agreed to grant the ministry a $1.5bn concessional loan to fund the social housing programme and improve the sanitation system. The loan will be provided over several years.

In October 2014, the IDB announced that it has approved $230.3m for the second development phase of the Sharm El-Sheikh airport. With the latest approval, the IDB’s contribution to the project reached some $457m.

During the same month, Ministry of International Cooperation spokesman Mohamed Hassan said that the KFAED will grant Egypt a $100m concessional loan for the West Cairo power station.