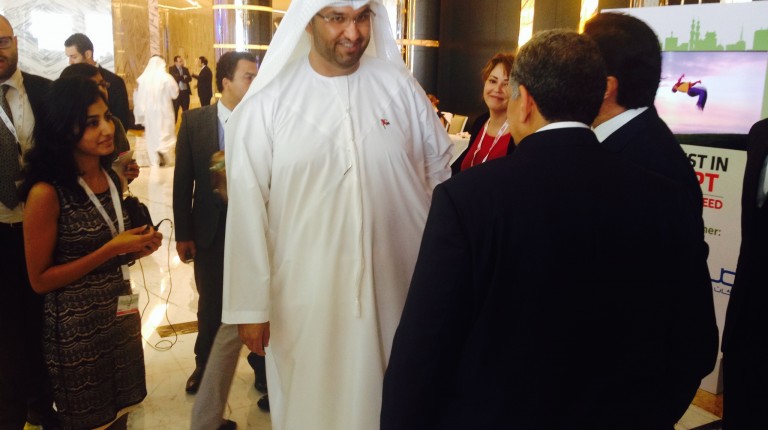 The crisis of trust between Dana Gas, the largest publicly traded gas firm in the Middle East, and the Egyptian government appears to be over, thanks to an out-of-the-box idea and the supportive role played by the government of the United Arab Emirates (UAE).

Dana Gas alone has $160 million worth of overdue receivables from the Egyptian government, according to the company’s CEO, Patrick Allman-Ward.

For a time, the gas firm and the government found themselves in a seemingly intractable situation, said the executive, speaking at Meed’s ‘Invest in Egypt 2014’ conference in Abu Dhabi on Thursday.

“The government would say, continue supplying gas, we will pay. But as a private investor, Dana Gas obviously wanted to get paid first.”

The two sides, though, managed to solve their differences, eventually reaching a “win-win” agreement.

“The deal took the form of a payment plan, where not everything has to be paid right away,” said Allman-Ward. Under the agreement, Dana Gas will invest another $350 million in Egypt in the coming years, thereby achieving a 30% increase in gas production. That incremental production will be used as an in-kind payment, to cover overdue receivables. According to Allman-Ward, this scheme will allow Dana Gas to recover all the money it is owed by 2018.

When asked about how Dana Gas and the Egyptian government managed to strike such a deal, Allman-Ward said that “it was only possible because we were thinking outside the box; and we also had the support of the UAE, especially that of Sultan Al-Jaber,” the UAE Minister of State.

Dana Gas is based in Sharjah, one of the seven emirates that comprise the UAE. About 40 per cent of the company’s stocks are owned by Emiratis and another 20 per cent is owned by the citizens of other Gulf Cooperation Council states.

When it comes to foreign direct investment in Egypt, however, UAE’s government involvement goes beyond protecting the interests of Emirati investors.

“Egypt’s economic stability is a must for the stability of the region,” said Al-Jaber during his fleeting appearance at the conference on Thursday. For this reason, he added, the UAE is supporting Egypt with direct investment as well as technical assistance in the field of regulatory reform.

An issue that stands in the way of investment in Egypt’s gas sector is that the government regulates the price at which foreign firms can sell the gas they produce.

Dana Gas currently receives a fixed rate of $2.65 per million British thermal units. This is the same price the Egyptian government paid for gas over a decade ago, at a time when oil prices hovered around $25 per barrel.

As prices for natural gas rose on global markets, many firms became unwilling to invest in Egypt.

The political instability that followed the 2011 revolution, combined with the inability of the government to pay its energy dues on time, further exacerbated the problem, contributing to the electricity shortages that have plagued the country in recent years.

Egypt relies on gas to produce over half of its electricity supply. In addition, gas also feeds a number of industries, from cement to fertilisers.

Overall gas production, however, has been flat in Egypt since 2003, despite growing demand for energy within the country.

“The government is aware of the price issue with gas,” said Allman-Ward and talks are “currently underway” to raise that price.

Dana Gas has been operating in Egypt since 2007, when it purchased Centurion Energy International for $950 million. Since then, the company has invested over a billion dollars in the country. It currently operates several gas fields in the Nile Delta region, all of them on-shore.