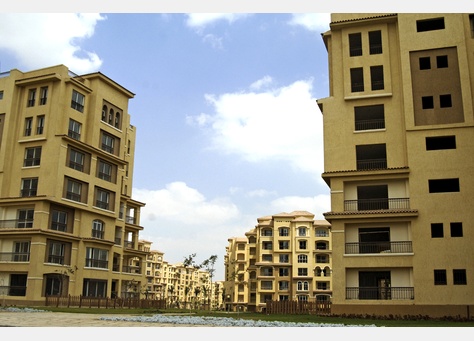 The government is currently in the initial stages of a $40 bn project that is set to create 1 million new housing units for low income citizens, “the largest housing programme in the world for low income groups,” said the minister.

Dubai-based contractor Arabtec Holding is set to begin the first phase early next year, slightly later than initially planned due to a reshuffling of its board of directors.

During the course of an investment conference held in Abu Dhabi on Thursday, Madbouly said he believes the collaboration with Arabtec could serve as “a model for future public private partnerships” and hinted that the government may soon be open to signing new contracts.

The minister also acknowledged that recent studies carried out by consulting firms on behalf of the government found that there is a shortage in commercial real estate in Cairo. Egypt’s capital needs both retail and office space, particularly in areas removed from the city centre, he said.

The potential for real estate development in Egypt was one of the most prominent themes in the Abu Dhabi investment conference. “First of all, Egypt is the biggest market in the region,” said Alsherif Whadan, executive director of Capstone Corporate Capital.

In addition, “it’s a market that’s been tested before. It was tested in the financial crisis—and that didn’t even make a dent in property values; and then it was tested by two revolutions, and again real estate prices did not drop. In fact, they went up,” he said.

The resilience of Egypt’s real estate market is based on demographics. The country has a population of 87 million, of whom well over half are below the age of 25, according to World Bank data. Moreover, Egypt’s rate of urbanisation is relatively low by global standards, as measured by the United Nations.

Add to that the fact that for cultural reasons large numbers of Egyptians consider house ownership a prerequisite for marriage and you have a seemingly perfect storm of factors suggesting that in the coming years demand for real estate will continue to surge.

It is for this reason that the Egyptian government has passed laws to limit the actions of developers, in an effort to counter real estate speculation.

“If a certain piece of land is assigned for development, it should be developed and not bought and resold,” said Khalid Abbas, Ministry of Housing assistant for technical affairs, who also attended the conference.

Investors, however, did not seem convinced. Not allowing developers to resell the land “has the unintended effect of frightening the market,” said Ayman Ismail, CEO and chairman of DMG.

Ismail went on to say that government policy should distinguish between developers. He spoke of a particular class of investors, “the master developers”, who have projects of “say, four million square metres, which is the size of Maadi,” the affluent district just south of Cairo.

In the case of such grand development plans, Ismail argued, the developer should be allowed to resell selected plots of land, particularly if value has been added by connecting them to power and water.

Financing such grand projects is not easy, of course. “No bank will give you that type of money to develop a piece of land,” said Ismail. “What matters in these cases is not the project but the company.” Ismail went on to argue that Egypt needs master developers capable of dealing with all infrastructure needs. “It is possible. We are not inventing the wheel; all of this has been done before in the Gulf countries.”

Karim Selim, a partner of AK&P Law Firm, noted that what’s unique about Egypt is that “the real estate developer must also be a banker and a lawyer.”

Salem said that historically banks have played a major role in Egypt’s real estate development. “Whenever there was a real estate project, there was a bank behind it,” said Salem.

But banks are playing less of a role now, “due to the legal problems they faced in recent years,” a reference to the 2008 global economic meltdown and its impact on the financial sector.

As a result, developers in Egypt must now be willing to offer their clients mortgage-like contracts and other forms of delayed payment.

Meanwhile, the Egyptian government remains heavily involved in the real estate sector, with its own payment schemes that allow low and lower middle income families to purchase homes with a down payment and very affordable monthly instalments thereafter, with below-market interest rates.

In addition, building rules and regulations are making it increasingly difficult to build in downtown Cairo and adjacent neighborhoods, as the authorities wish to reduce congestion in the city centre and encourage the development of satellite cities as an alternative.