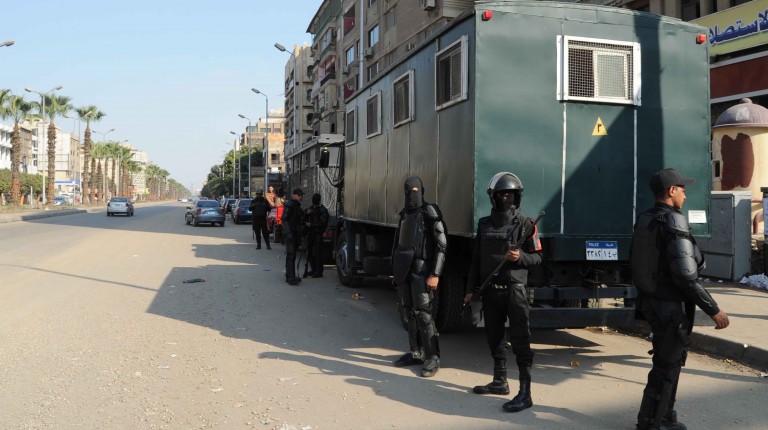 Police said they dismantled 10 explosive devices on Friday, as anti-government protests and clashes with the security forces erupted in Cairo’s Matariya neighbourhood.

The Ministry of Interior said in a statement late Friday that 224 people were arrested throughout the day, adding that it aborted plans by these “elements” to block roads, disrupt traffic, plant explosive devices and terrorise citizens by firing bullets and birdshot.

According to the Forensics Authority spokesman, one protester was killed in protests in Matariya. He added that this, alongside the military deaths, brings the death toll to a total of three.

However, according to statements by the ministries of health and interior on Friday, the number of protesters killed was two in the Matariya and Ain Shams neighbourhoods in Cairo. This would bring the total to four deaths, including the military personnel deaths.

Amid conflicting figures on the deaths, the Salafi Front claimed that five were killed in Matariya alone.

On Saturday, one person, said to be a member of the Muslim Brotherhood, was arrested in Matariya. The interior ministry said 10 people participated in a gathering outside a mosque at dawn. They fled the scene once they saw the security forces, but one was caught, in possession of 16 flyers containing “inflammatory” phrases used by the Brotherhood. He reportedly confessed to belonging to the group.

The ministry said five police personnel were injured Friday, four of whom were injured in an explosion in Sharqeya governorate. The fifth was injured with a “live bullet”, the statement said.

Another explosion occurred in Downtown Cairo and was caused by a sound bomb on Friday, which did not cause any injuries.

Joint army and police forces were patrolling streets and squares across the country to “directly deal” with further events.

Calls had been circulating for weeks for protests on Friday, leaving Islamist political groups divided.

The Muslim Brotherhood announced one day ahead of the protests that protests will take place as planned under the Anti-Coup Alliance’s slogan, “God is great… [we are all] one hand” but called on protesters to commit to peacefulness and avoid being in places where military and police forces are stationed.

The Building and Development Party, the political wing of Al-Jamaa Al-Islamiya, a proselytising group that has renounced violence, announced on Sunday that it will not participate in the protests.

The interior ministry spokesman said on Friday that 89 purported Brotherhood members were arrested for inciting violence ahead of the protests.

The Brotherhood is considered a terrorist organisation, following a government decision in December 2013.