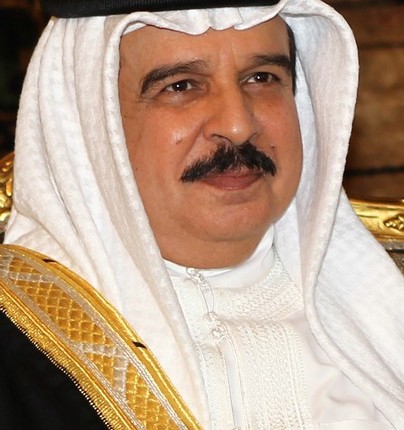 According to Bahrain’s state agency BNA, the king thanked Mubarak for his efforts in developing ties between Bahrain and Egypt. Mubarak was said to have expressed appreciation for the king’s feelings.

His retrial ended Saturday, with the court being unable to rule on Mubarak’s murder charges, citing the inadmissibility of the criminal charges against Mubarak.  Outside court, the verdict led to celebrations among the former autocrat’s supporters and dismay and disappointment among his opponents.

On the same day, Bahraini voters took part in runoff voting in the country’s parliamentary elections, boycotted by the main opposition parties, including Bahrain’s largest party, the Al-Wefaq National Islamic Society. Some protests against the king and his government also took place.

Large demonstrations rocked Bahrain in early 2011, as protesters inspired by the uprisings in Tunisia and Egypt called for the downfall of the monarchy. A crackdown backed by Saudi security forces eventually subdued the rebellion.

Mubarak, now 86, was overthrown in 2011 after 18 days of massive popular protests. He faced charges of “participating through agreement with then-interior minister Habib Al-Adly in premeditated murder” of protesters who participated in the revolution.

In August, both Mubarak and Al-Adly denied issuing orders to kill protesters in their defence testimony before court.

On 28 January 2011, dubbed the Friday of Rage, security forces failed to forcibly disperse hundreds of thousands of protesters in Tahrir Square with tear gas and live ammunition. They eventually lost control, ceding the streets to protesters.

In June 2012, Mubarak and Al-Adly were sentenced to life in prison over the charges of failing to prevent the killing of protesters but the Court of Cassation ordered a retrial in January 2013.

Other defendants in this case include Mubarak’s sons, Alaa and Gamal, six of Al-Adly’s aids and business tycoon Hussein Salem, all of which were acquitted from all charges on Saturday.

Bahrain has been supportive of the power shift that swept Egypt in July 2013, in which Muslim Brotherhood politician Mohamed Morsi was removed from the presidency.

Last week, Egypt expressed its “continued support for the stability and prosperity of Bahrain” after the country’s first round of parliamentary elections. Egypt further congratulated the Gulf country on the “great success” of the elections.