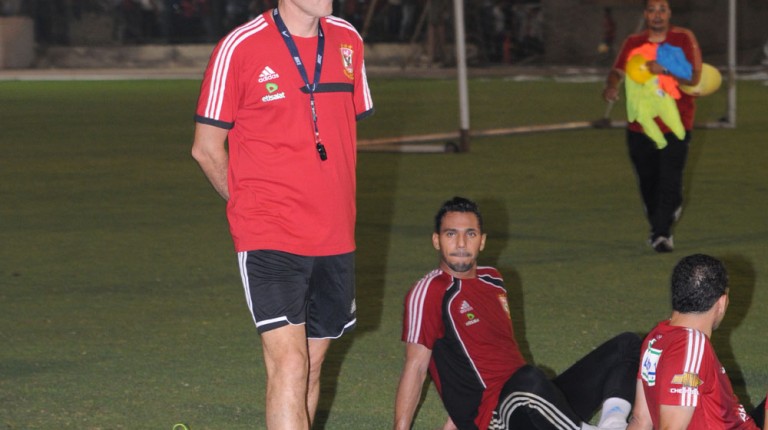 Egypt’s Al-Ahly is facing a dilemma after losing the final game of the African Confederation Cup against the Ivory Coast’s Sewe Sport with 2 goals to 1. They must win as the rival succeeded in shaking the nets during the return game on Saturday in Cairo.

Al-Ahly must make up for the loss and obtain the 20th title to guarantee its place among the top teams in the world in terms of continental championships.

Al-Ahly could not lead the game against its rival who qualified for the first time in its history for the major continental championship and secured its first win this season against the continent’s ‘Team of the Century’. The two teams have previously met twice before in the same championship, with the first game ending in a 1-all draw on the same field where Sewe Sport won five days ago. Al-Ahly won the game on its own field with a clean penalty goal, which clearly shows how difficult it would be for the Egyptian team to win against the rival in the final round.

Sewe Sport’s right front was stronger and better in the game’s first half and achieved a penalty kick, creating an early advance against Al-Ahly which almost made a winner. Attacking midfielder Walid Soliman wasted a great chance and kicked the ball on the goalkeeper Sylvain Gbohouo.

Sewe Sport made best use of its prominent player Roger Asally who is waiting to officially become part of the Mazembe team following the end of this season. Asally succeeded in causing tension for Al-Ahly’s nets when he took a penalty kick, and gave his team ample opportunities to score goals against Al-Ahly.

Juan Carlos Garrido, Al-Ahly’s Spanish coach, waited until the start of the second half of the game to push Sherif Abdel-Fadil and Ramadan Sobhy into the game, so that the former could take care of his team’s left front defence, while the latter could attack. This would allow the team to score a goal and tie the game through Mahmoud Hassan, who scored his first ever African goal. Hassan almost made another a few minutes later, using side balls so that both the defence and the goalkeeper could not stop him.

Al-Ahly lost one of the two final round matches for the championship five times, but succeeded in taking the title at the end of three championships and losing twice.

Al-Ahly suffered a loss at the hands of Ghana in the second leg of the championship in 1983 to lose the title after tying 0-0. Al-Ahly also suffered a defeat on its territory in 2007 at the hands of Tunisia’s Al-Sahely with a score of 1-2 following a negative tie.

Despite the absence of midfielder Mahmoud Trezeguet after receiving two yellow cards and many others missing out on participation, Al-Ahly and its fans dream of adding another tournament title to their record. Even if the African Confederation Cup is not as important as other African championship, a win would grant the Al-Ahly renewed hope to remain at the top of world football clubs.