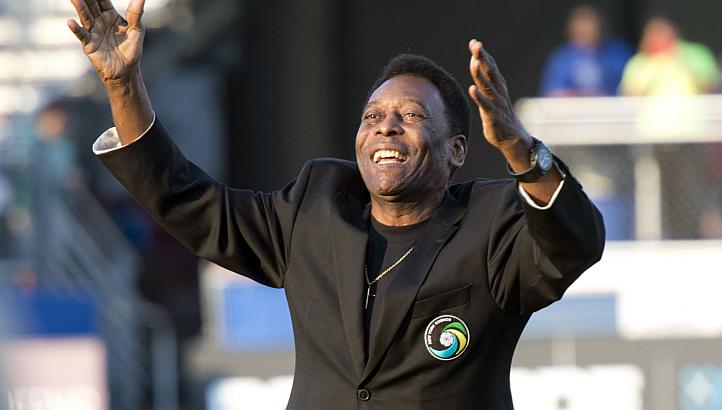 In the past few days, there have been conflicting reports about the health of Edison Arantes do Nascimento, known internationally as Pele, the retired Brazilian football legend who is now 74. Fear struck the hearts of his fans after news agencies reported news of his deteriorating health and admission to intensive care. However, according to an announcement made by Sao Paulo hospital, he was released from the hospital on 2 December.

This is the second time in 10 days Pele was admitted to a hospital. He underwent surgery to remove kidney stones on 13 November and remained in hospital for 2 days. He was then forced to return again following an illness requiring temporary dialysis. Various Brazilian media outlets indicated that Pele had his second kidney removed, as his first was taken out in 1977 when he was a player with the New York Cosmos, but his family and doctors have not confirmed the news.

Many consider Pele to be the best player in football history, while in Brazil he is considered a national hero. He played the position of striker and was famed for his skills.

In 1990 Pele was voted World Player of the Century by the International Federation of Football History & Statistics (IFFHS) and France Football. Pele was name Athlete of the Century by the International Olympic Committee, and Time magazine nominated him for the list of most influential people in the 20th century. In 2013, Pele received the FIFA Ballon d’Or Prix d’Honneur.

According to the IFFHS, Pele is the most successful top league scorer in the world, scoring 541 league goals. During his football career, Pele scored 1,281 goals in 1,363 matches, including friendly unofficial ones, rendering him the topmost scorer in football history. He has been included in the Guinness Book of Records for this achievement.

Pele began his football career with the Santos club when he was 15 years old, and played with the Brazilian national team at age 16. Pele was able to win with team three World Cup titles in 1958, 1962, and 1970 and is the only player to have achieved this milestone.

Pele is the historic scorer for the Brazil National Team with 77 goals in 92 appearances. On the local level, his lead his team Santos to the title of the Copa Libertadores in 1962 and 1963.

Pele announced his retirement from football in 1977 and was appointed an ambassador for football all over the world. In 2010, he was named the Honorary President of the New York Cosmos.

Pele has often caused controversy over his strange remarks or expectations for the world of football – perhaps the most famous was when he predicted that Colombia would win the World Cup in 1994. The team was kicked out of the tournament in the first round, and afterwards, defender Andres Escobar was killed as punishment for having scored an own goal which contributed to the team’s elimination.

Pele also stressed that the Brazilian team in 2002 was shaky and would not bring anything new during the 2002 World Cup. However, the Brazilian team did in fact win the World Cup that year and Felipe Scolari, the team’s manager, came out shortly after and said: “I believe that Pele does not understand anything in football, all his predictions and analysis are wrong…if you want to win a title, all you have to do is just listen to Pele and do the opposite of what he says.”

Famous Brazilian striker Romario made a series of cynical remarks on Pele saying: “He is a poet when he keeps his mouth shut.”

Finally, Pele got himself into a hornet’s nest when he made remarks that made the fans of present day legends Lionel Messi and Christiano Ronald furious. He claimed he was better than both players, even going so far to say that Messi was much worse than Zinedine Zidane while Ronaldo never deserved to win the Golden Ball.