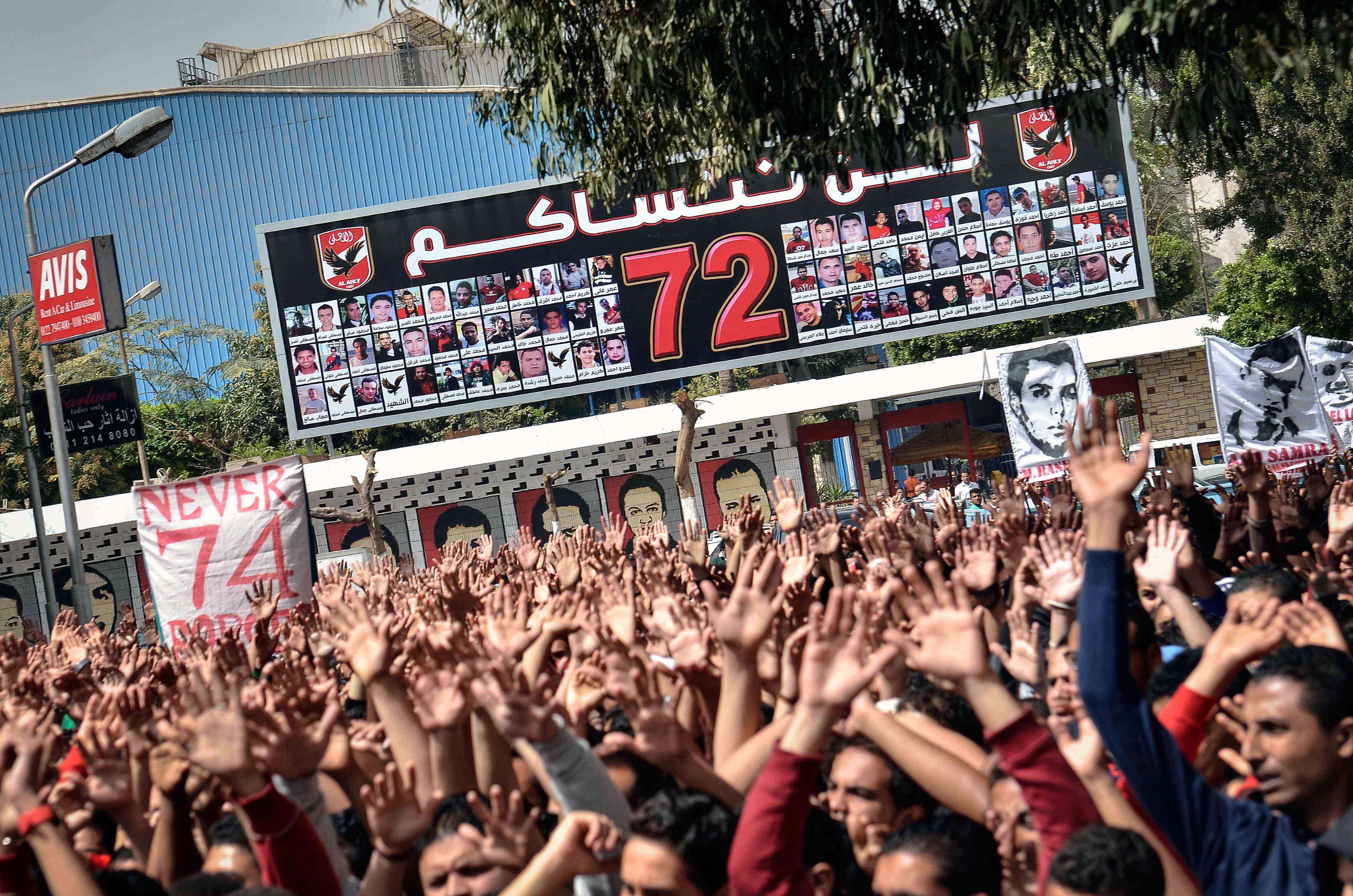 Around 2,000 ultras stormed into Cairo International stadium on Saturday morning, before security forces were able to clear the premises, the Ministry of Interior claimed in a statement.

Security forces applied legal procedures to handle the situation, and found ten bags of fireworks and Ultras Ahlawy (UA) banners as they searched the fans, the statement added.

The members, the ministry said, used a truck to storm the gate, and managed to reach the stadium’s stands.

Explosive experts are currently examining the stadium to ensure no remote explosives were planted.

A member of the ultras, who requested anonymity, denied that a break-in took place, and that members of the group were simply gathering outside the gate on Saturday morning to prepare the choreographic displays.

The pyrotechnics display is organised by Ultras members to greet team members upon the start of the game.

The source added that the police forces negotiated with the group, where the latter agreed to be searched upon entering the gates by stadium security.

The Ministry of Interior approved on Thursday the attendance of 25,000 supporters at the match, and called on fans to cooperate with police forces to guarantee their safety, whilst vowing to punish provocateurs and rioters.

Since its creation in 2007, Ultras Ahlawy has engaged in numerous brawls and clashes with police forces. The Ultras became known for their anti-military and anti-government slogans and played a key role in the January 25 Revolution.

After the Port Said massacre February 2012 in which left 74 supporters of Al-Ahly were killed, the majority of football games in Egypt have been played behind closed doors, including a blanket ban on attending all league matches.