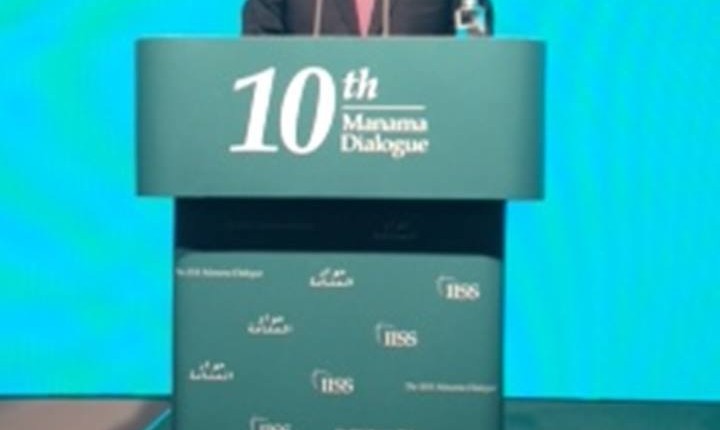 Foreign Minister Sameh Shoukry warned that “the emergence of sectarian and ethnic conflicts” is threatening the internal stability of several countries in the region.

He also denounced the “exploitation of social transformation” by groups that call for “extremism”.

A Foreign Ministry statement said the two sides specifically addressed “the threat of terrorism, which threatens the security, stability and development of the region, and even the whole world”.

Shoukry arrived in Bahrain on Friday evening for a two day visit to attend the Manama Dialogue summit, which runs from Friday to Sunday.

He said that despite the utmost importance of confronting the Islamic State of Iraq and Syria (ISIS), the response must come from a comprehensive strategy to confront all similar organisations in the region.

He added that the target should be to eliminate ISIS “militarily and ideologically” and deprive it of “sympathy and funding”. Otherwise, Shoukry said, it may disappear from Iraq and appear elsewhere.

The regional security summit is organised by the International Institute for Strategic Studies, a UK-based think tank.

Bahrain has been supportive of the power shift that took place in Egypt in July 2013, in which the armed forces overthrew Islamist president Mohamed Morsi.

Upon arrival to the Gulf country, Shoukry congratulated Bahrain for the “success” of its parliamentary elections.

Bahraini voters cast their ballots on 22 November and then again one week later in the runoff elections. The vote was boycotted by major Bahraini opposition groups, including the largest party, the Al-Wefaq National Islamic Society.