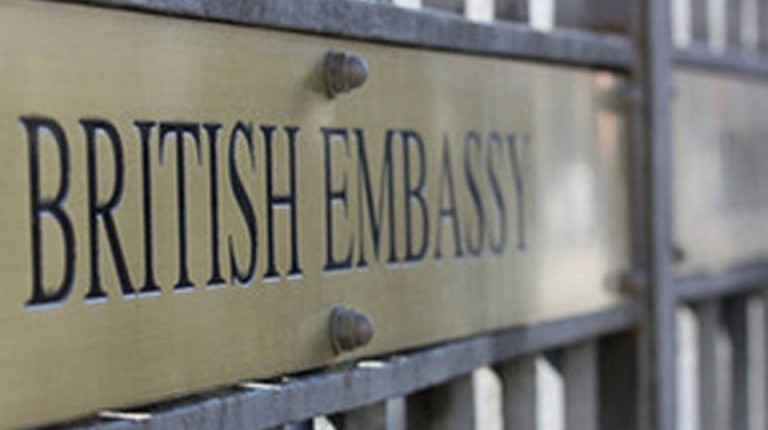 The British Embassy in Cairo remained closed on Sunday amid “safety concerns”, with no clear indication given of when public services will resume.

British Ambassador to Egypt John Casson confirmed that the decision was taken for “security reasons” in a message via social networking site Twitter. However, Casson did not give any further details regarding the closure.

A statement on the Foreign and Commonwealth website reads: “Please do not come to the embassy building”.

While the Alexandria office remains open, a separate embassy official commented that the Cairo office was closed for the “safety of its staff”. The British Foreign Office travel advice website warns there is a “high threat from terrorism” in the country.

“Terrorists continue to plan attacks in Egypt. Attacks could be indiscriminate and occur without prior warning. Foreigners could be targeted in tourist resorts or other locations frequented by foreigners,” the website says. “Previous attacks have almost exclusively targeted the security forces, their facilities and other government buildings.”

On Saturday, Australia officially stepped up its warning level for Egypt. The Department of Foreign Affairs and Trade stated on its website: “Reports in early December 2014 indicate that terrorists may be planning attacks against tourist sites, government ministries and embassies in Cairo.”

The Australian authorities also warned about security risks in other parts of Egypt: “We continue to advise Australians to reconsider their need to travel elsewhere in Egypt due to ongoing political tension and the threat of terrorist attack.”

The increased alerts come despite the Egyptian authorities’ recent attempts to encourage countries to downgrade their travel warnings. In July, several European countries lifted travel bans that had been implemented in February, following a bomb blast on a tour bus in South Sinai which killed three South Koreans and their Egyptian driver.

Tourist numbers have declined significantly in recent years across Egypt owing to political upheaval and occasional terrorist attacks. Tourism revenues, which once reached a figure of $12.5 billion a year in 2010, dropped to less than half of that figure in 2013 to $5.9 billion. In the first half of 2014, 4.5 million tourists visited Egypt, bringing in a revenue of around $3 billion.