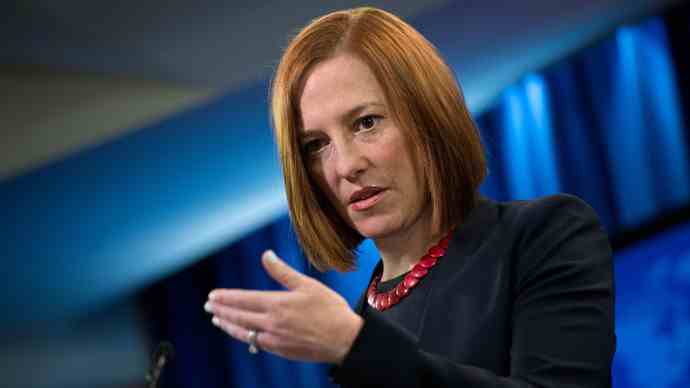 US State Department spokeswoman Jen Psaki said US citizens abroad should be aware of “heightened tensions” and “recent attacks against Westerners”, ahead of Tuesday’s release of a CIA report on torture.

Psaki said all American ambassadors “were asked to review their mission security posture in advance of the upcoming release of the report”. The request came in preparation for the senate’s report release, which could provoke a backlash against US citizens abroad.

The White House confirmed the report’s release on Tuesday, despite concerns raised earlier by Secretary of State John Kerry. The report includes cases of torture carried out by the CIA from the time of the 9/11 attacks to the present.

Ahead of releasing the US senate report on torture, the US embassy in Cairo sent a security message on Thursday to Americans in Egypt, warning them of “heightened tensions”.

The statement urged embassy staff to “carefully scrutinise their personal movements and consider staying close to their residences and neighbourhoods over the coming period”. It also referred to recent clashes taking place in several universities and neighbourhoods within the greater Cairo area and recommended its staff avoid the locations of regular protest activity.

Egypt’s most active terrorist organisation “State of Sinai”, which recently changed its name from Ansar Beit Al-Maqdis after pledging allegiance to extremist group Islamic State of Iraq and the Sham (ISIS), claimed responsibility for the murder of an American oil worker in Sinai in August.

On 3 December, an Emirati woman stabbed an American teacher to death in the bathroom of a mall in Abu Dhabi in the UAE. She later attempted to plant a bomb outside the home of an American doctor.

The US Embassy in Cairo had earlier warned about possible attacks on Westerners in the Middle East, citing “a recent anonymous posting on a jihadist website” encouraging attacks against western schools and teachers. It has not yet been confirmed whether the attack in Abu Dhabi was related to that threat.

The embassy’s move came a day after the neighbouring British Embassy in Cairo closed for the same reasons.

Psaki said she did not believe that the shutdowns of the UK and Canadian embassies in Cairo had any connection with the release of the CIA report.

“We’re continuing to monitor developments, and Egypt will calibrate our security posture in accordance with the security situation on the ground,” she said.