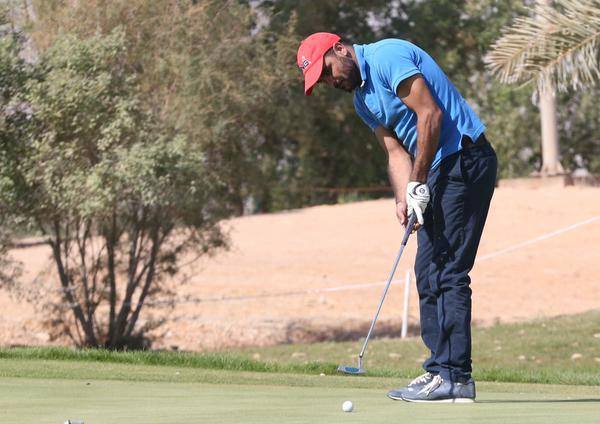 The 34th Arab Golf Championship kicked off on 7 December at the  Riyadh Golf Courses in the Saudi capital and ended 10 December. Twelve Arab countries participated in the competition, including Saudi Arabia, Bahrain, Qatar, Oman, the UAE, Egypt, Tunisia, Morocco, Palestine, Lebanon, Jordan, and Libya. The Arab Golf Championship first took place in 1975 and is held annually.

Lebanon, Oman, and Jordan formed the first group, UAE, Bahrain, and Egypt the second, Tunisia, Libya, and Morocco the third, and Palestine, Saudi Arabia, and Qatar comprised the fourth. Sixty players participated in the games, representing the elite golf players of the Arab world.

Morocco, the winner of last year’s games which were held in Egypt’s Dreamland Stadium, are playing to retain its title. Last year Bahrain came in second place, with Egypt following in third.

On the first day, the competition took off fiercely, with the Bahraini team winning 220 points and Tunisia only one point behind, occupying second place. Morocco came in third with 222 points, Saudi Arabia fourth with 226 points, and Egypt in fifth with 227 points. Qatar came in sixth with 229 points and the UAE in seventh with 231 points followed by Lebanon, Libya, Palestine, Jordan, and Oman. It is important to note that the difference between the leaders and eighth place was no more than 11 points, and in the world of golf, the rankings change each day.

In the singles games, both Qatar’s Abdulrahman Shahrani and Moroco’s Mehdi Cisse came in first each with 70 strokes, Bahrain’s Nasser Yaqoub with 72, Saudi Arabia’s Faisal Salhab came in fourth with the same score, and Sohail Marzouki scored 74. His colleague Khaled Yousef came in 15th with a total of 76, then Rashed Hammoud and Ahmed Skaik. The closeness of the results attests to the strength of the competition and the likelihood that ranks will change after each round.

The rankings were altered after Morocco scored 438 points on the second day, six strokes above par, while Bahrain fell to second with 433 points, 11 strokes above par. Tunisia came in third with 449 strokes, Egypt fourth with 450, and Qatar in fifth with 451. From there, Lebanon placed sixth with 454 points, the Emirates 7th with 456 points, Saudi Arabia eighth with 459, Libya ninth with 471, and Palestine tenth with 499.