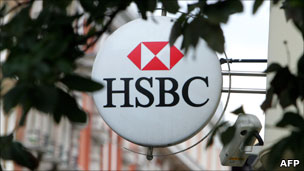 Further devaluation of Egyptian pound is expected during 2015 and 2016, according to a report issued by HSBC.

The report mentioned that the international foreign reserves’ stability is mainly due to the support Egypt received from the GCC, which pledged $12bn financial aid to Egypt following the ouster of former President Mohamed Morsi.

Discussing the developments on the Egyptian equity market, HSBC’s report highlighted that despite the improvement witnessed in the market’s performance, investors remained concerned.

Investors concerns are a result of the repatriating US Dollar funds and the government’s announcement of the 10% capital gains tax. The third concern was due to the investors’ feeling that “companies remain vulnerable to government moves to address broader and more significant problems in the country”.

The bank is expecting the government to make some announcements that will affect the businesses sector during 2015.

The report added, however, that the settlement of the legal disputes between the government and several international companies such as Al-Futtaim and Orascom Construction Industries (OCI).

Sarie-Eldin said: “It was agreed to extend project implementation for five years, beginning once the SLA completes its review of the settlement.”

The process of obtaining licences for the group has been delayed since 2009 Sarie-Eldin said, “costing Egypt between EGP10-11bn in investments”.

The construction company announced that it will commence studies to construct and develop a coal-fired power plant in cooperation with UAE-based International Petroleum Investment Company (IPIC). The investment in the project is expected to reach $3.5bn.

Nassef Sawiris told the Daily News Egypt that the company is currently “evaluating several potential investments that are on par with the size and importance of the announced coal-fired power plant with IPIC and will make additional announcements in due course”.

The report stated that the government’s plan to repay the outstanding debt to foreign partners, amounting $4.9bn within six months.