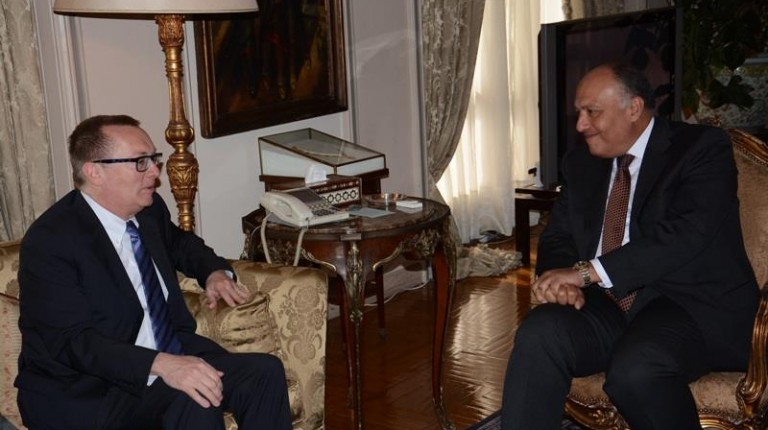 The meeting highlighted cooperation between Egypt and the UN, especially in the areas of international peace and security, according to Foreign Ministry spokesman Badr Abdelatty.

Shoukry also outlined ongoing preparations for the upcoming parliamentary elections, which are expected to take place before the end of March 2015.

The meeting included discussions on regional topics, where Shoukry presented the Egyptian vision of the political and security developments in Libya.

Abdelatty added that the duo discussed the issue of terrorism in light of the threat posed by terrorist organisations, especially the Islamic State in Syria and the Sham (ISIS). They also discussed the importance of involving all Iraqi national forces in the political process, without discrimination on sectarian, religious or ethnic basis.

Addressing the situation in the Palestinian territories and the implications of the early Israeli elections on the continuation of Israeli- Palestinian peace process, Feltman expressed the UN’s support for the Egyptian efforts to ease the tension between the Palestinians and Israelis.

Earlier in December, Israel’s parliament voted to dissolve itself and hold elections for a new parliament on 17 March, 2015.