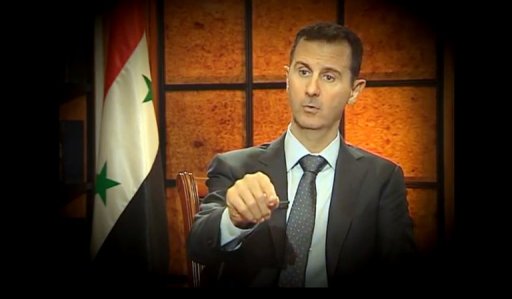 Emad Al-Assad, who heads the Naval Academy in Latakia, led a five-member delegation  to Egypt that will include meetings with government officials, according to Syrian news website Al-Souria.

Egypt’s official stance is to support a political solution to the Syrian crisis, although Foreign Minister Sameh Shoukry denied in a press conference Monday any Egyptian initiative to solve the conflict. Shoukry said that “reports about it, although repeated in some media outlets, are not correct, but Egypt of course has a vision for solving the Syrian issue”.

Shoukry added that “Egypt supports a political solution to what is happening in Syria in accordance with the Syrian people’s will and the internal concurrence, to stop the people’s suffering”.

None of the public statements about the Russian’s official meetings with Egyptian officials mentioned discussions about the situation in Syria, but the close timing of the two visits has drawn attention.

Gamal Bayoumia former deputy foreign minister of Egypt, told Daily News Egypt that the Syrian issue “had to be discussed” between Dvorkovich and the president.  “In such meetings, you don’t discuss one topic, you discuss all the issues,” he said.

Bayoumi stressed that Bashar Al-Assad’s regime has to be part of any solution to the Syrian crisis and that the Syrian delegation’s visit is a “good sign.”