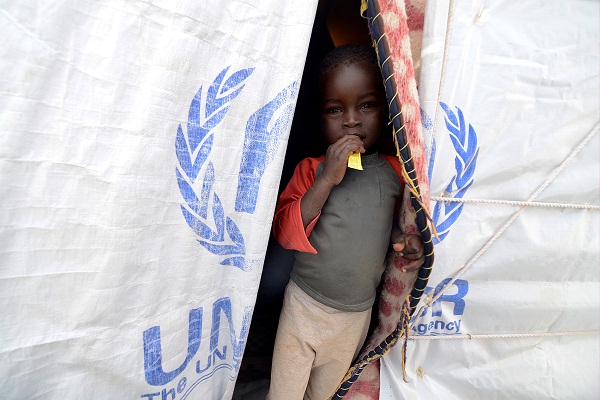 Two young boys set their eyes on the horizon of the new city they have recently moved to, leaving behind memories of violence and conflict. The yellow swing they sit in offers them a window onto their new home, a refugee camp in Cairo.

In an attempt to offer a visual representation to the experiences that refugees in Egypt go through, the United Nations High Commissioner for Refugees (UNHCR) organised a photography exhibition, entitled “Refugee Voices in Egypt: Refuge, Resilience and Exile”. The exhibition, which is hosted by El-Sawy Culturewheel, is a part of a series the UNHCR has been working on.

Through work by five photographers, the exhibition offers a glance at refugees’ lives in Egypt. The featured work doesn’t only portray the suffering, but also shows “life,” said Elizabeth Tan, the regional representative of UNHCR.

“This is the message,” Tan said. “Refugees are now a part of the Egyptian society.”

In addition to photos documenting the process they have to go through to become registered as refugees in Egypt, the exhibition includes photographs of refugees in schools, workplaces and participating in community activities.

One of the photos shows two young Sudanese girls holding candles, commemorating the war in their home country. Another one shows a Syrian refugee teaching young Syrian children at a local school in 6th of October City. Photos of Syrian workers in a furniture factory in New Damietta are also on display at the exhibition.

At least 193,000 refugees and asylum seekers currently live in Egypt, according to UNHCR, including 140,000 Syrians. Since the beginning of the Syrian conflict in 2011, 6.5 million Syrians were displaced, Tan said. 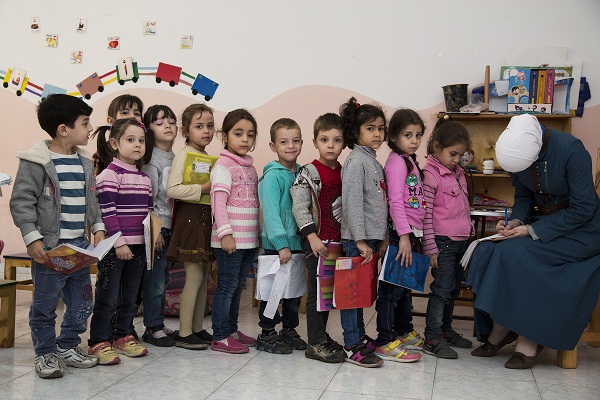 The UNHCR tries to meet the basic needs of registered refugees, such as food, shelter and basic health care. However, refugees in Egypt still face many challenges.

At least 2,924 refugees have been arrested during their attempts to illegally depart Egypt, according to UNHCR.

“African refugees in Egypt live in very difficult conditions,” said Aly Hazzaa, a photojournalist and one of the photographers contributing to the exhibition. “Some of them have been trying to leave for years to see their relatives or even in the pursuit of better life conditions.”

The photographer said that most refugees he tried to photograph were “afraid”.

“It’s the fear- you will take a photo of me and I will get into trouble,” Hazzaa said. “Most of them feel ignored and have almost lost hope.”

Refugee Voices in Egypt: Refuge, Resilience and Exile can be viewed at El-Sawy Culturewheel’s Word Hall until 19 December.