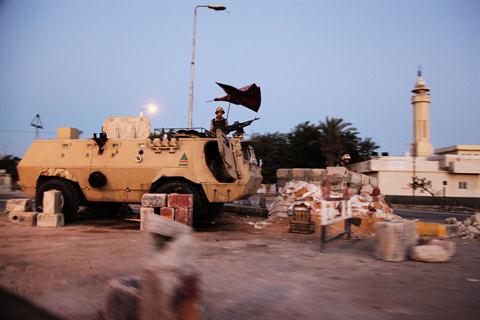 A military raid in North Sinai killed five alleged militants on Wednesday, according to state news agency MENA.  Another five were arrested in the same raid, and are currently being investigated.

Security officials told MENA, on condition of anonymity, that the raid targeted areas south of the towns of Al-Arish, Sheikh Zuweid, and Rafah. They added that in another raid, security forces burned two motorcycles that did not have license plates.

Colonel Mohamed Samir, Egypt’s army spokesman, said a two-day raid that started last Saturday in Sinai left 17 dead in crossfire between the armed forces and militants. Another 11 were arrested in connection with incitement of violence and committing “terrorist” acts, according to an official statement.

The largest assault on security forces from militant groups occurred on 24 October this year, when a suicide truck bomber targeted a military checkpoint, followed by insurgent raids in the area. At least 30 security personnel were killed. The attacks were later claimed by the region’s largest militant group ‘State of Sinai’, formerly known as Ansar Beit Al-Maqdis.