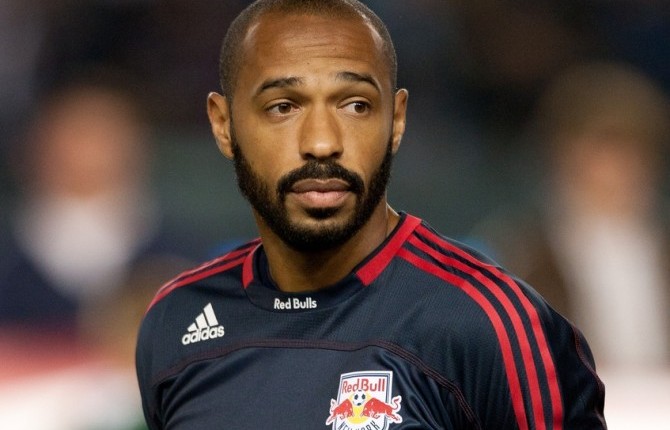 French football gazelle Thierry Henry, also known as King Henry, bid farewell to the pitch, taking the decision to quit football at 37 to end a long career that extended 20 years in international pitches.

Henry began his football career at young age, training at the Clairefontaine Academy run by the French Football Federation, and played at CO Les Ulis from 1983 until 1989. He then played with US Palaiseau from 1989 until 1990, Viry-Chatillon from 1990 until 1992, and FC Versailles from 1992 until 1993.

Henry began his professional career in Monaco in 1994, and appeared for the first time under the leadership of the team’s manager Arsène Wenger. At the time, he was just in his late teens, making 105 appearances, scoring 20 goals, and won the French league title with his team in the 1996/1997 season and the Super Cup in 1997.

After winning the admiration of everyone in the 1998 World Cup, where he contributed to his team Les Bleus winning the title, Henry left Monaco and moved to Italy’s Juventus, but stumbled to penetrate the Italian defences. During 16 appearances, he only scored three goals. He would then leave to begin a new successful experience with English team Arsenal.

Henry was considered the best striker in the history of Arsenal, where he participated with Arsenal in a total of 377 games, during which scored 231 goals. A big part of the success of the French gazelle is his presence under his first professional manager (Wenger), and with Arsenal he claimed the Premier League in 2001/2002 and 2003/2004. He also won the FA cup title in 2002, 2003, and 2005 with Arsenal. As for the Champions League, Henry got to second place with Arsenal in 2006.

In 2007, Henry left his home (Arsenal) to the Spanish league to wear the Barcelona jersey and undertake a new challenge. He participated in 121 games in the three seasons he spent with the Catalan team, and scored 49 goals during that time. Barcelona’s titles with Henry rolled in. The Catalan team claimed the title of the Spanish league in 2008/2009 and 2009/2010, as well the title of the King’s Cup in 2009. The French gazelle also contributed to Barcelona’s title of the Champions League in 2009 as well as the title for the Clubs World Cup held in the UAE in the same year, for Barcelona to achieve an unprecedented athletic achievement in 2009, claiming 6 different titles.

Henry decided to move to the New York Red Bulls in 2010 until his retirement, participating with his US team in 44 games and scoring 25 goals.

Henry also received a number of personal rewards – he was selected twice consecutively as the runner-up for the FIFA World Player of the Year in 2003 and 2004. He also received the European Golden Boot award in 2003, 2004, and 2005.

In October 2005, Henry became the top scorer of all time when he scored two goals in Sparta and broke the record of 185 goals obtained by Ian Wright. In January 2006 he scored 3 goals in Middlesbrough to reach 150 goals.

Henry’s decision to retire came from a satisfied spirit, describing his career as a “wonderful trip”. He will join Sky Sports to become a commentator and analyst.