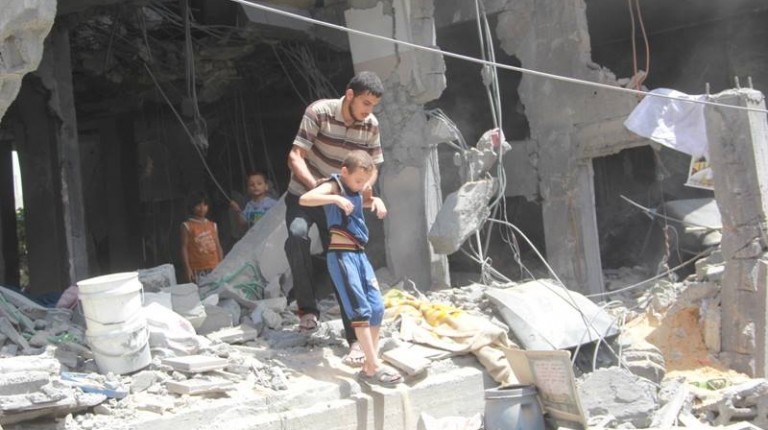 Israel launched two air strikes on Gaza late Friday night, in response to rocket fire from Gaza earlier in the day. No Palestinian organisation claimed responsibility for the rocket attacks.

Hamas warned against the danger of escalation and advised Israel against “repeated aggression” on the Gaza Strip, in a statement issued Saturday.

The incidents mark the first exchange of fire between Israel and Gaza since the long-term ceasefire agreement reached on 26 August.

The ceasefire agreement came following a 50-day war that killed 2,192 Palestinians and 72 Israelis, according to the United Nations Office for the Coordination of Humanitarian Affairs (UNOCHA).

The rockets from Gaza landed near the southern Israeli town of Eshkol, according to an Israel Defense Forces spokesperson. The Israeli air strikes on Gaza were reported to have targeted empty spaces in the city of Khan Younis in the southern part of strip. Neither the rockets nor the airstrikes caused any casualties.

The Palestinian Embassy in Cairo said Saturday it did not expect an intensification of rocket attacks from the Palestinian side, and the Palestinian Authority has yet to announce an official reaction. Hamas officials condemned the attacks, with the group’s military wing, the Al-Qassam Brigades, however, issued a warning statement against what it called “Israeli foolishness”.

Hamas spokesman Salah Al-Bardaweel called it a “failed attempt” by Israeli Prime Minister Benyamin Netenyahu to “reclaim victory after being defeated by resistance forces”, according to statements published by the Palestinian Information Center a few hours after the attacks.

Al-Bardaweel also said the Israeli Navy attacked Palestinian fishermen along the Al-Sodania coast in the past few days.

“It is quite likely that Israel is recurring to escalation in Gaza to stand in the way of any progress concerning the Palestinian cause in the international scene, particularly the recently submitted withdrawal plan to the UN Security Council,” said Khaled Said, a researcher at the Yafa Center for Studies and Research in Cairo.

Jordan had officially sponsored a Palestinian Statehood bid to end the occupation of Palestinian territories and recognise Palestine as a state, backed by Arab and European nations. The US, which has veto power over UN Security Council resolutions, has so far sided with Israel, affirming that Palestinian statehood cannot be declared unilaterally.

Hamas was taken off the European list of terrorist organisations on Wednesday. Said, who stated he was not in favour of the decision and criticised Hamas’ “terroristic approaches”, added that Israel will continue to take advantage of a Palestinian Authority that is divided between Hamas and Fatah.

Meanwhile, Egyptian authorities announced on Saturday that the Rafah crossing will be open Sunday and Monday in both directions.