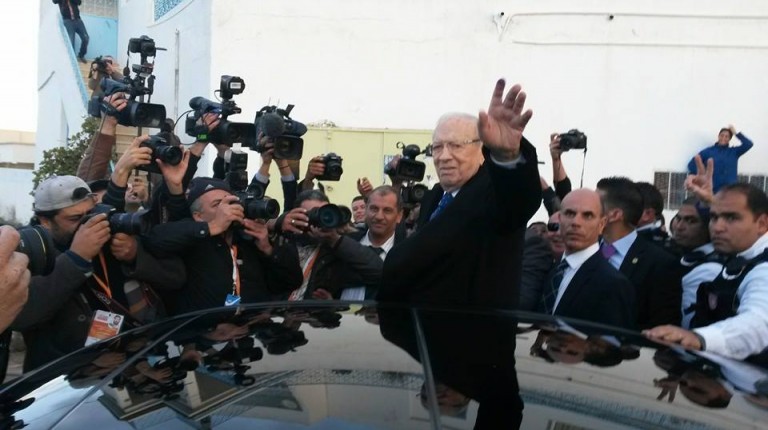 Essebsi, 88, was declared the winner Monday of the run-off presidential elections in Tunisia, over his opponent interim president Moncef Marzouki.

The Independent High Authority for Elections announced that over 1.7 million Tunisians voted for Nidaa Tounes party leader Essebsi while 1.37 million voted for Marzouki. The turnout reached 60.11% of registered voters, the authority’s statement read.

In a presidential statement, Al-Sisi confirmed Egypt’s full support of Tunisia and its willingness to enhance cooperation between the two countries. Al-Sisi added that he hopes for “a new era of solidarity and Arab co-operation”.

Essebsi held top positions under former President Zine El Abidine Ben Aliand his predecessor Habib Bourguiba. He was an interim prime minister after the revolution but lasted only for approximaty 10 months before new interim president Marzouki took over after being elected and appointed a prime minister from then dominant Islamist party Ennahda.